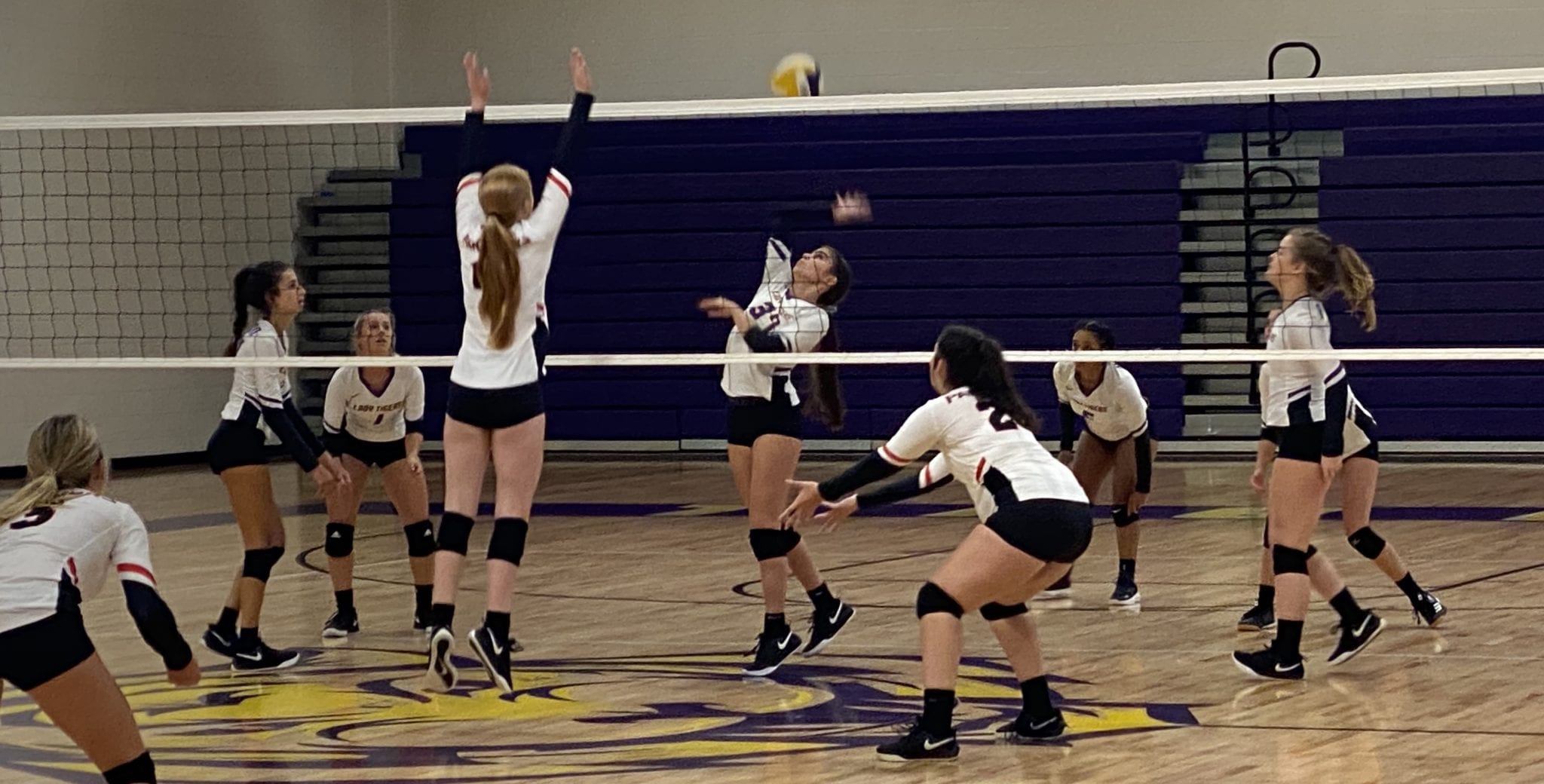 The matches marked the first high school sports events in Bossier Parish since schools were closed and spring sports canceled in mid-March because of the COVID-19 pandemic.

“I’m excited we’re playing and we keep pushing forward is my big thing,” Airline head coach Regina Digilormo said. “We’re excited to play. I think we’re excited to kick things off for sports in the parish. Hopefully it will trend in the right direction for everybody.”

The setup at both the Benton and Airline gyms had a different look because of COVID-19 restrictions and guidelines mandated by the state and LHSAA.

While fans are expected to eventually be allowed when schools have time to meet all state and LHSAA protocols, there were none at either gym Tuesday.

Only 25 students and 10 “essential” adults (coaches, officials, administrators, stat persons, etc.) were allowed in the gyms.

Face masks were mandatory for all but the players on the court. The usual prematch and postmatch sportsmanship tradition of the players going through a line of high-fives at the net was replaced by waving from a distance.

Teams also did not switch bench areas in between sets as is usually the case.

But despite all that, there was plenty of enthusiasm shown by players on all four teams.

At Benton, it looked like Parkway might push the match into a fourth set after the Lady Tigers won the first two. The third set was tight until Benton pulled away at the end.

The Lady Tigers got some outstanding play from their outside hitters who ended many points quickly.

Daly Nagot led Benton in kills with six. She also had one block and two digs.

Andie Taylor had five kills and one dig.

Gracyn Badiali and Erin Martin had six aces each. Badiali also had three kills and two blocks. Martin had one kill, one block and one dig.

Taylor Walker had one kill and two digs. Macie Nance had two kills.

The Lady Tigers and Lady Panthers both return to action Thursday. Benton visits Loyola College Prep at 6:30, and Parkway hosts Captain Shreve at 6.

At Airline, the Lady Vikings dominated their match, opening big early leads in all three sets.

Alexandria put a little pressure on in the third set, cutting an 8-2 deficit to 10-8. But the Lady Vikings rolled from there. The third set produced some of the best rallies of the match.

Airline served well with few faults. The service placements also contributed to some quick points. The Lady Vikings got contributions from throughout their lineup.

“Obviously we haven’t had the same amount of time to prepare at this point in the season,” Digilormo said. “There are kinks to work out from that but it’s always nice to get a W. It’s always great to be able to play your entire team and get everybody in the game and off the bench.

Ariana Wilkinson led Airline in aces with seven. She also had two kills, one block, six assists and four digs.

Elizabeth Gatti also had a good all-around match with eight assists, one ace, three kills, one block and two digs.

The Lady Vikings visit Caddo Magnet on Thursday at 5.

Haughton visits Ruston on Thursday at 5.