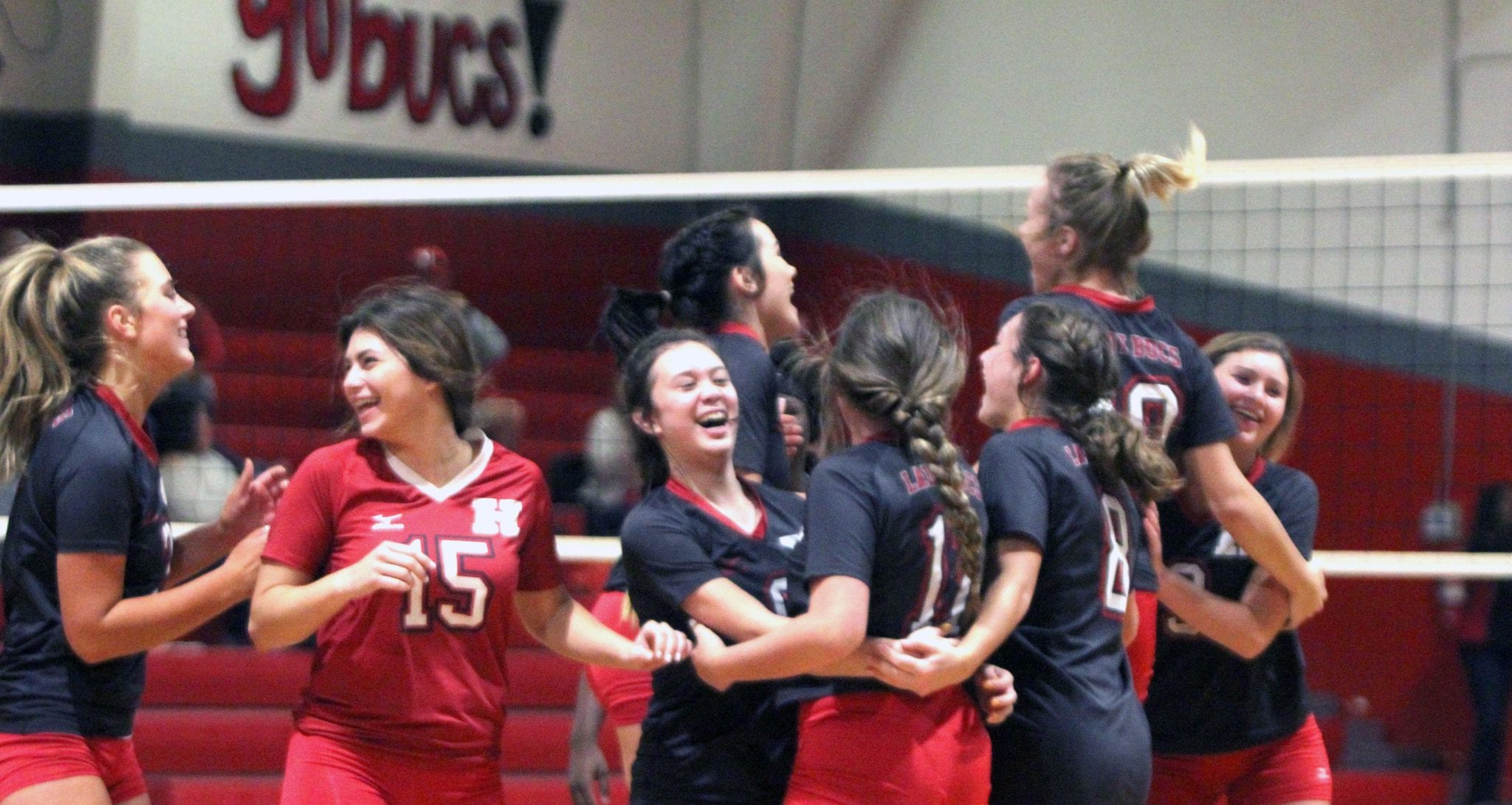 The Haughton Lady Bucs completed a perfect run through District 1-II with a 25-14, 25-19, 25-20 victory over the Northwood Lady Falcons on Tuesday at Northwood.

Haughton improved to 21-11 overall with its 11th straight victory. The Lady Bucs finished district play 10-0, taking the title for the second straight year.

Haughton closes the regular season Thursday at Airline. The Lady Bucs were No. 22 in the latest Division II power rankings and will be on the road in the first round of the playoffs, which start Nov. 1.

But Haughton got on a dominating roll, outscoring Magnet 18-3 to take the match.

“That was fun,” Haughton coach Justin Ginn said Monday night. “We beat them twice this year and it’s been tough the whole time. That’s a good team. They’ve got some great players. And they pushed our girls tonight, and when they pushed us I think that’s when we fought back the hardest and I loved it.

“There have been times this season when we’ve sat back on our heels and let people climb back into matches. But tonight that’s the best I’ve seen us come together and play with all that intensity. Similar situations to what happened tonight have happened all season and it might have been something that pushed us down and we weren’t able to get back up. Tonight we got back up and we scored some points when we needed to score them. I’m just so proud of the girls.”

Arielle Emanuel led Haughton in kills with 11. She also had five aces, four digs, one assist and one block. Taralyn Sweeney had seven kills and two blocks.

“I was excited about Taralyn Sweeney tonight,” Ginn said. “I thought she was a monster in the middle for us. We matched her up on a kid, No. 5 (Ki’Avian Johnson). She’s a good player, one of the best in the district. I felt like we were able to neutralize their best player and that was a big part of why we were able to win tonight.”

The victory was an all-around team effort.

McWilliams led the Lady Bucs in assists with 12. She also had four aces and one dig. Crumpler had 12 digs along with one ace and two kills.