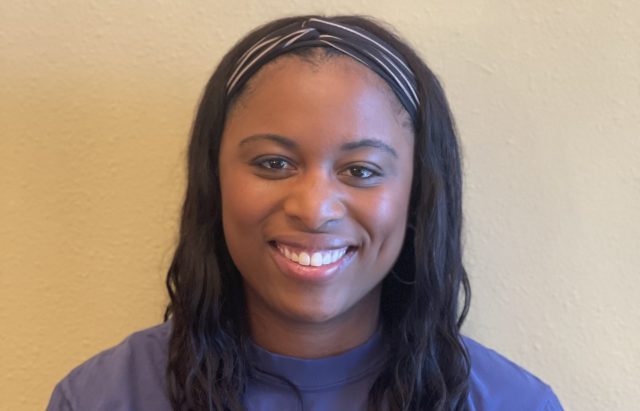 New Benton head volleyball coach Sondra Adams’ goals for the 2022 season naturally include having a winning record and making the playoffs.

But her overall goals concern more than just what happens on the court.

“I want to help develop the skill-level of each player so that they can provide meaningful contribution to the volleyball program throughout their time here at Benton High School,” she said.

“Additionally, I’m interested in helping each player grow in character and develop a mental toughness and competitive mind-set that will adequately represent what it means to display Tiger Pride, ultimately preparing them for life beyond high school.”

Adams replaces Tracey Rambin, who has been pulling double duty the last several years as the  head coach of the school’s volleyball and softball teams. She guided the Lady Tigers to their first playoff appearance in 2020. Benton also reached the playoffs last year.

Adams was able to become familiar with her team by leading the Lady Tigers through summer workouts.

She comes from an athletic family.

Her brother, Doyle Adams Jr., is a former Benton football standout and played at Tech.

Her brother-in-law, Eddie Hamilton, is the head boys basketball coach at Airline.

Sondra herself was a member of Airline’s 2006 Class 5A state runner-up basketball team. She also played softball and ran track. Airline did not have a volleyball team when she was in high school.

This is not her first head coaching job.

Adams was the head coach at Huntington in 2020 and 2021. She also served as an assistant girls basketball coach last season.

She began her coaching career as an assistant girls basketball coach at Benton Middle from 2014-16. She also was an assistant for the boys team in 2017.

Adam graduated from ULM in 2011 with a bachelor’s degree in biology.

She has a Masters degree in molecular science and nanotechnology from Louisiana Tech (2013), a Masters in teaching from ULM (2017) and a Masters in medical science from Mississippi College (2019).

Adam said one reason she wanted to be a coach is to “work with and provide guidance to young people.”

“For several years I’ve worked with the youth at my home church, training musicians and directing the youth praise team along with serving as director of middle/high school ministries,” she said.

Benton is coming off a 15-15 season. The Lady Tigers will play in the jamboree at Airline Aug. 27. They open the season Aug. 29 at West Ouachita.

Haughton’s Jason Scott to be inducted into the Military Rodeo Cowboy...