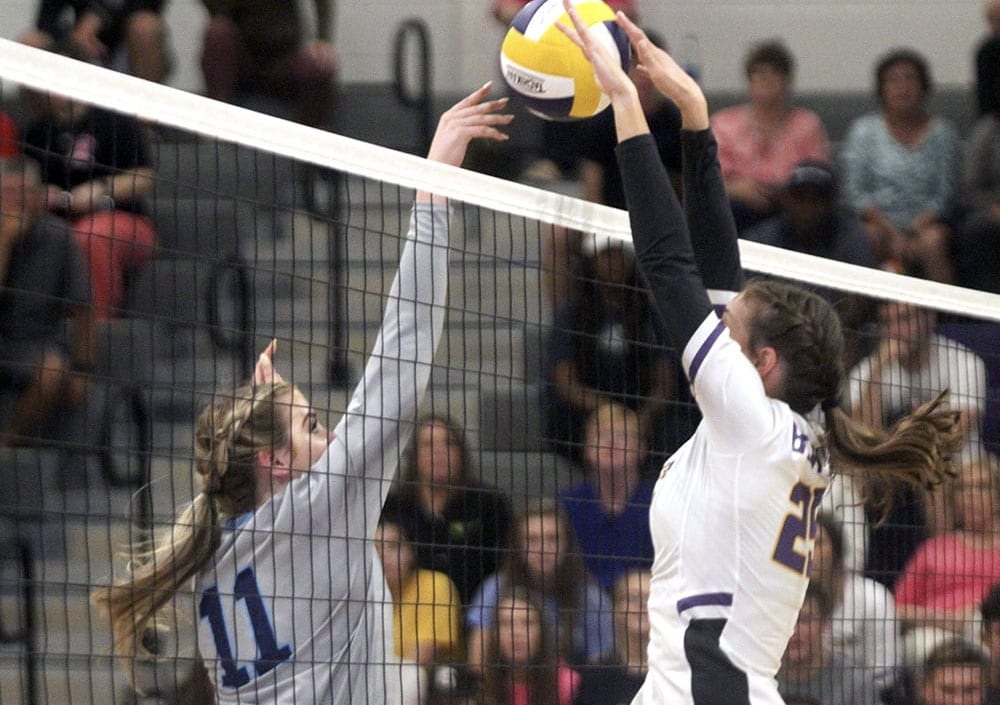 Editor’s note: A version of this story ran in the Aug. 26 print edition. It has been updated to reflect recent developments.

Despite the loss of several key players to graduation, the four parish teams are primed for more success this season.

The season starts Tuesday with two District 1, Division I matches in Bossier Parish. Benton hosts Parkway at 6, and Airline hosts Alexandria at 5.

Like other fall sports, the COVID-19 pandemic has affected volleyball.

After Gov. John Bel Edwards extended Phase II of the state’s re-opening to Aug. 28, the LHSAA pushed back the start of the season a week until Sept. 8.

So it looked like there would be another delay when Edwards extended Phase II until at least Friday. But on Sept. 1, the LHSAA announced the season could begin Tuesday with restrictions.

They include having only 25 students and 10 essential adults (coaches, officials, administrators, trainers, etc.) in the gym in Phase II. However, the LHSAA is now also allowing some fans. Airline head coach said Tuesday morning that they have decided to hold off on attendance for now.

Another big change is regular-season tournaments have been canceled in order to cut down on travel.

With tournaments, teams can play between 35 and 40 regular-season matches. That number will be cut to about 18 to 20 this season.

But Bossier Parish’s teams plan to make the most of their opportunity to re-start high school sports.

Tuesday’s matches mark the first high school sports events in the state state since the schools and sports were shut down on March 14 because of the pandemic.

Airline will begin its seventh season of varsity volleyball. The Lady Vikings are coming off a 24-16 season, finishing runner-up to Ruston in District 1-I.

Airline defeated Chalmette in the first round of the playoffs before falling to eventual state champion Mt. Carmel in the second.

Gone are hitter Gabriela Patronis and libero Tori Ligman, who contributed much to the Lady Vikings’ success over the past several seasons. Patronis was the All-District 1, Division I MVP last season and Ligman was a first-team selection.

“It’ll  be tough to fill the roles of Gabby and Tori this upcoming year,” Digilormo said. “However we have some promising talent this year.”

Digilormo said she likes the way senior Faith Berger has progressed at libero and also stepped up as a leader.

Digilormo expects the district to be very competitive.

“With everything going on and changes we have to respond to daily, it’s anyone’s district to take this year,” Digilormo said. “Our goal is to continue to be on top. However, the most important thing we can do for our team is to learn to be adaptable and respond to the significant challenges we face with a winning mindset.

“The best outlook we can have right now is to give our best to the present moment we are given because nothing is for certain.”

Haughton will be looking for its fourth straight District 1-II title. The Lady Bucs didn’t lose a set in going 10-0 last season. They finished 14-15 after a first-round playoff loss.

One of those is setter Mia McWilliams, a first-team All-District selection last season. McWilliams already holds the school career record for assists. She also set the single-season record for aces last year.

“She was an offensive weapon for us last season hitting from the right side,” Haughton head coach Justin Ginn said. “This season she’s making the move to outside hitter.”

“She is going to be really good in the middle for us this season,” Ginn said.

Averi Phillips is another player with a lot of experience. Ginn expects her to play multiple positions.

“She’s so athletic and does so many things well,” he said. “I think she will have a big year for us.”

Benton enters its third season of varsity soccer and second with Tracey Rambin as head coach.

The Lady Tigers moved up to Division I last season, finishing 7-14 overall and 2-6 in district.

The Lady Tigers also have some talented underclassmen who are expected to contribute.

“We can’t wait to get started,” Rambin said.

Parkway is coming off a 19-17 season in its third season of varsity volleyball. The Lady Panthers were 3-5 in District 1-I under head coach Barbara Curry, who is entering her third season.

Parkway narrowly missed the playoffs, finishing No. 34 in the power rankings. The top 32 teams made it.

According to Parkway’s website, Colvard will serve as co-captain of this year’s squad. Junior Harley Pierce is the co-captain.

Like Benton, Parkway has several underclassmen who will also play key roles.