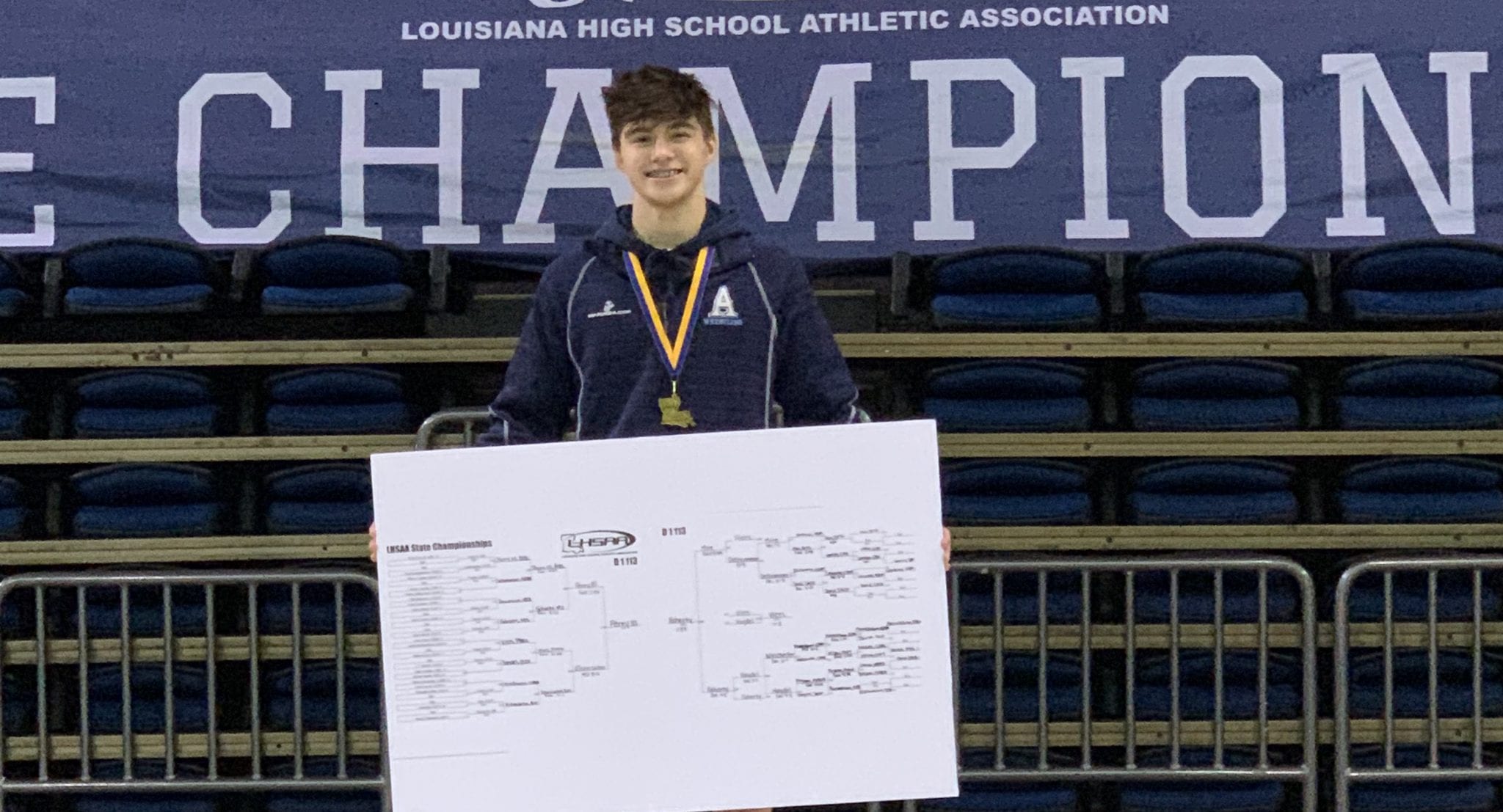 Perry edged Mason Elsensohn of Brother Martin 2-1 in the Division I 113-pound weight class championship match at the LHSAA Wrestling State Tournament on Saturday at the Raising Cane’s River Center in Baton Rouge.

Perry pinned Trey Faherty of St. Paul’s in 2:55 in the semifinals Saturday morning.

He trailed Elsensohn 1-0 after two periods. But Perry scored two points on a reversal at the 1:03 mark of the third period to pull ahead.

Perry was the only Bossier Parish wrestler to bring home a title.

Parkway senior Steven Driggers turned in a gutsy performance in the Division I 182-pound class.

Wrestling on an injured right knee, he advanced to the finals with a pin of Central Baton Rouge’s Austin Reason in 3:12.

Unfortunately, Driggers was unable to finish his championship match against Blaine Cascio of St. Paul’s. The match was deemed a medical forfeit.

According to a post by his father Brian on Facebook, Steven “finished tearing his meniscus and couldn’t even stand.”

Brian posted photos of Steven lying in his uniform on a gurney in the medical area with a large bag of ice over his right knee.

Driggers was the only Bossier Parish wrestler to earn a runner-up finish, but several made the awards stand.

Benton was ninth in Division II with 55 points. Haughton was 10th with 41. Teurlings Catholic won with 301.5.