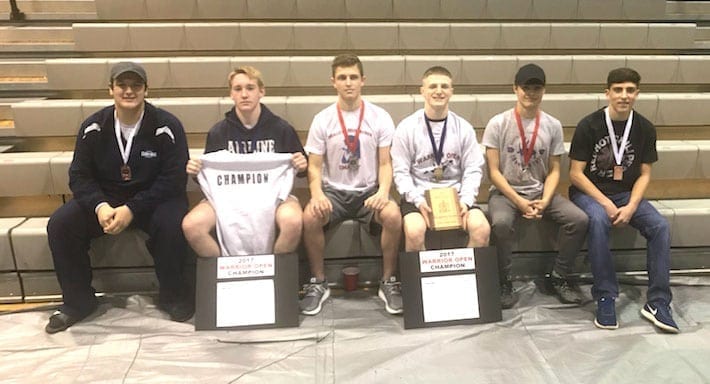 Bass pinned all three of his opponents in the 126-pound class, including Luke Romano of Catholic in 2 minutes, 30 seconds in the championship match.

Bass was named the tournament’s Outstanding Wrestler in the lower weight classes.

Almond won the 145-pound class, winning three of his four matches with pins.

In the semifinals, he defeated Canon Hunt of Catholic 11-9 via sudden victory. In the finals, Almond pinned Catholic’s A.J. Sabine in 1:36.
Dakota Brace (113 pounds) and Thomas Barringer (138) finished runner-up in their respective divisions.

Brace pinned his first three opponents before losing to Clayton Hill of Live Oak by fall in 2:42.

Barringer won three matches by fall, tech fall and a 5-4 decision to reach the finals. He lost a 7-3 decision to Michael Gordy of Ouachita Christian in the title match.