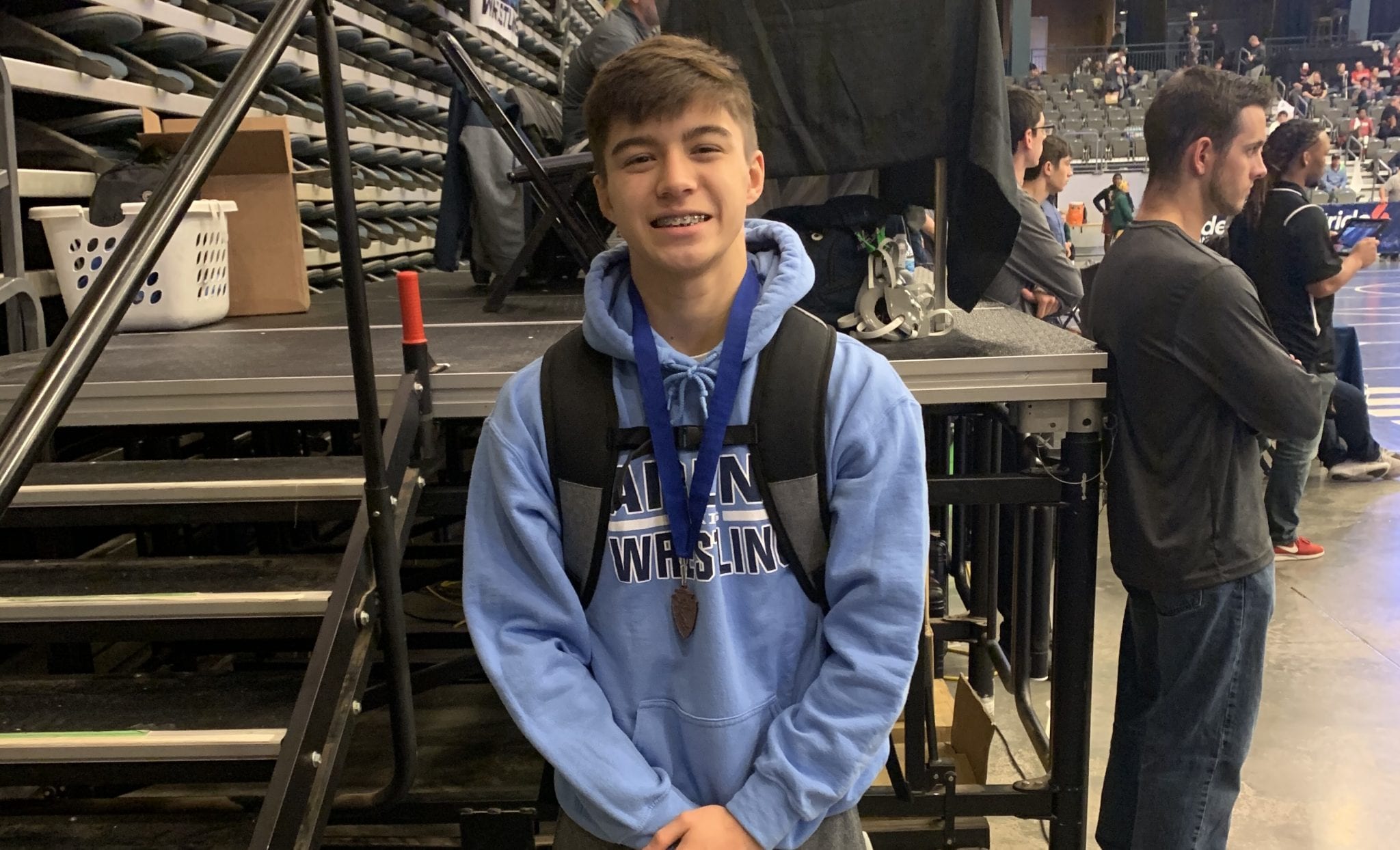 In the semifinals, Perry lost to Braden Potts of team champion Tuttle, Okla., 9-0. But he rebounded with a 7-1 victory over Shawn Ryncarz of Arlington Martin in the third-place match.

The event featured 34 teams from Oklahoma, Texas and Kansas. Airline was the only Louisiana representative.

The Bearkats scored 74 points. John Curtis won with 89.5 and Evangel was second with 81.

Cameron Carridine was second in the 126-pound division.

Ja’Cory Tyler was third in the 132-pound division.