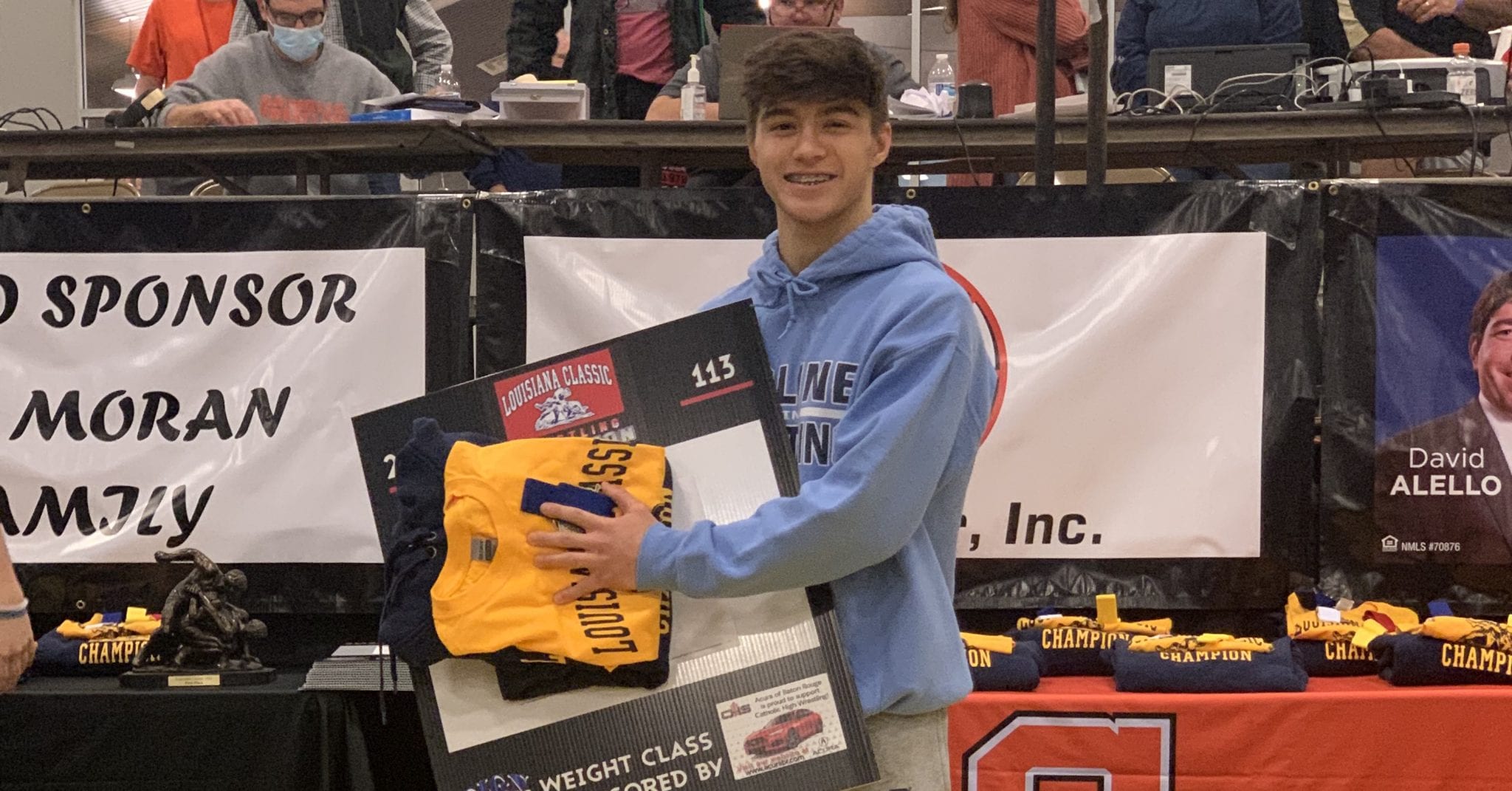 It was Perry’s second title in the event. He won the 106-pound class last year and went on to win the Division I state title in the same division.

The Louisiana Classic annually features most of top wrestlers in the state.

Airline’s Christian James made the awards stand with a sixth-place finish in the 182-pound class.

Perry, the No. 1 seed, defeated No. 3 Ethan Boudreaux of reigning Division II state champion Teurlings Catholic by a 12-4 major decision in the championship match.

After receiving a first-round bye, he pinned his first opponent in 1:15. Perry then pinned No. 8 seed Viers in 4:37 in the quarterfinals and No. 4 Trey Faherty of St. Paul’s in 1:45 in the semifinals.

Viers won two matches by fall in :22 and 1:11 before facing Perry. He defeated No. 5 Ethan Winchester of Cabrini 10-3 in his first consolation match. Viers then lost a close match to No. 2 seed Mason Eisensohn of Brother Martin in 5:34 (SV-1) in the semifinals.

He pinned Faherty in 2:17 in the fifth-place match.

Wood, the No. 4 seed, pinned his first-round opponent in 1:07 and second in 4:38. He defeated No 5 John Paul Travosos of Teurlings Catholic 10-4 in the quarterfinals before losing to No. 1 Peyton Ward of St. Paul’s by a 14-4 major decision in the semifinals.

In the third-place match, Wood lost to No. 3 Santos Ramos of East Ascension 9-2.

James, the No. 7 seed, won one match in the championship bracket, pinning his opponent in :22. He moved to the consolation bracket after losing to No. 2 seed Blaine Cascio of St. Paul’s in the quarterfinals by fall.

James then pinned two opponents before losing to No. 4 Lawrence Hoffman of Jesuit in the semifinals. He lost to Anton Brown of Brother Martin in the fifth-place match.