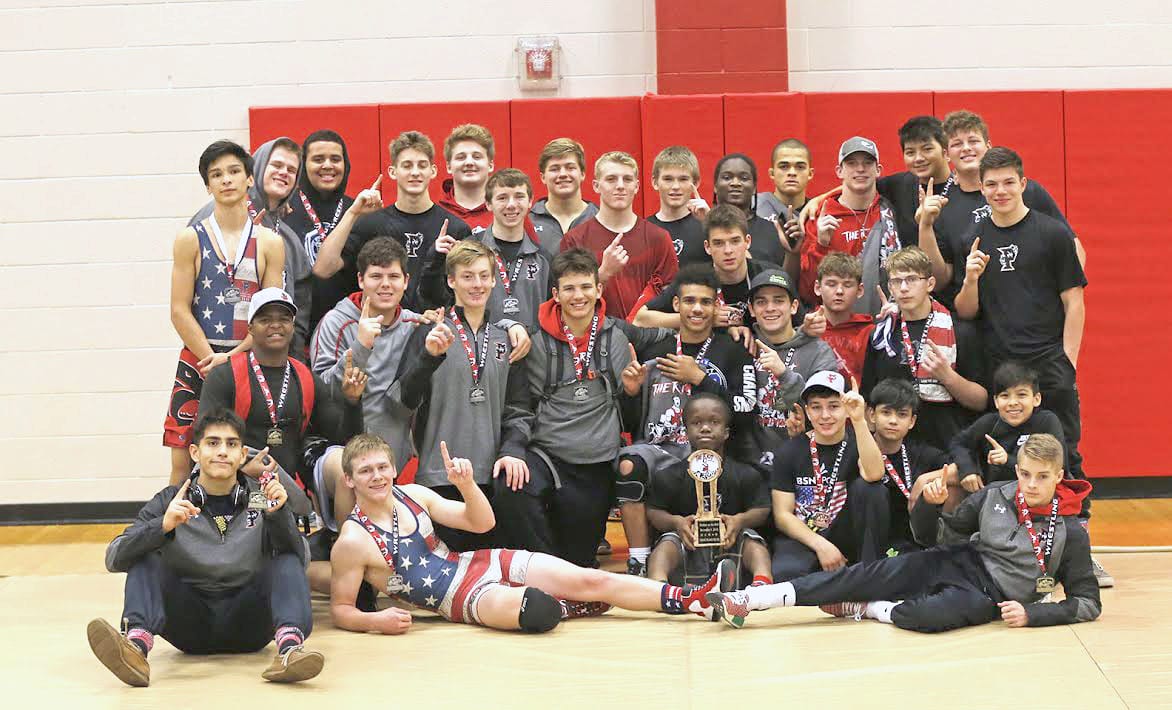 The defending Division II state champion Parkway Panthers won the Riot on the Red wrestling tournament at Parkway on Saturday.

Fontenot went 5-0 in the 132-pound division’s round robin. Peyton Bass of Airline finished second at 4-1. Fontenot pinned Bass in 3:29 in Round 5 in the match that decided the title.

— Featured photo of Parkway team by Robert Summerlin, Special to The Press Tribune