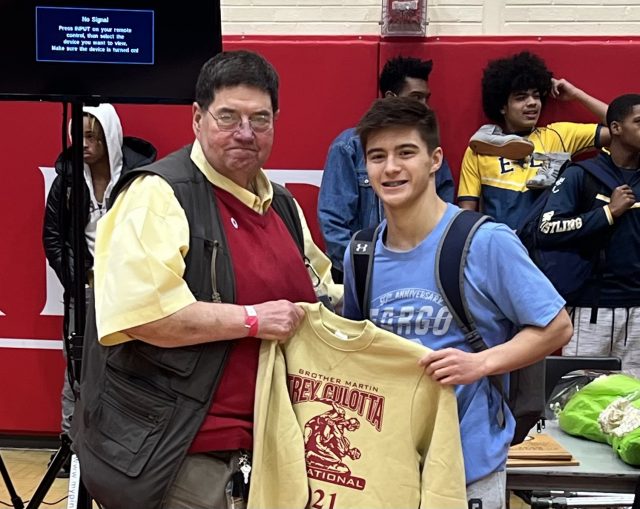 Perry pinned four opponents and won one match by technical fall in the Pool A round robin. Eight wrestlers from two pools advanced to a bracket playoff.

Perry pinned his first opponent and won his semifinal match by technical fall.

Viers went 3-0 in his pool in the 138-pound class. He won his first two bracket matches by fall before losing to Art Martinez of Holy Innocents 8-3 in the championship match.

After going 1-1 in his pool in the 145-pound class, Weissbach won his first bracket match by an 8-5 decision and semifinal match by fall. He fell to Brother Martin’s Kent Burandt 15-3 in the finals.

Airline’s Logan Olsen finished third in the 106-pound class. He went 2-1 in his pool then lost to eventual winner Tyson Roach of Sam Houston in the first round.

Brother Martin won the team title with 335.5 points. Parkway was fifth with 197 and Airline seven with 135. Nineteen teams competed.