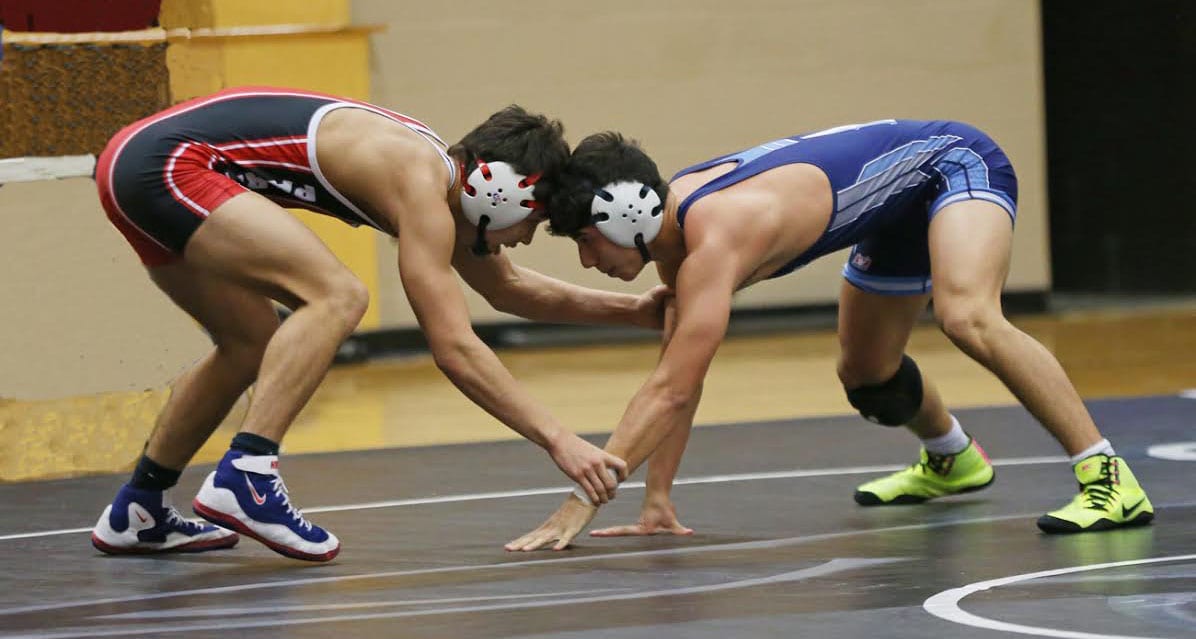 The tournament is one of the oldest and most prestigious in the state. Parkway scored 119 points. New Orleans Brother Martin won with 229.

Pitts won two matches and then edged Airline’s Joshua Partin in the semifinals. He lost to Joshua Bell 11-4 in the finals.

Driggers won three matches to reach the semifinals where he defeated John Curtis’ Isaac Fincher 15-2. He lost to Conrad Wyre of De La Salle in the finals.

Salinas also won three matches to reach the semifinals where he defeated Rayne’s Tyler Carriere 17-5. Salinas then lost a tough 4-3 decision to Dunham’s Mason Rabel in the title match.

Parkway’s Ryan Huckaby finished third in the 145-pound weight class. He pinned his first two opponents and then defeated Comeaux’s Charles Hudson 9-6 in the quarterfinals. Huckaby lost a close match to Teurlings’ Catholic in the semifinals and bounced back with a 14-3 victory over Hudson in the third-place match.

NOTE: The feature photo is of Parkway’s Matthew Pitts and Airline’s Joshua Partin from earlier this season. BPT photo by Robert Summerlin.