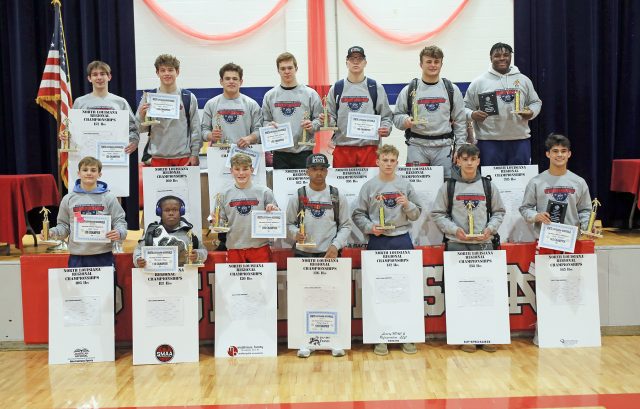 Strong pinned Joseph Gilreath of Evangel Christian in 3:34 in his championship match.

North DeSoto had the most individual champions with six.

Yocom lost a tough 6-3 decision to Hunter Hanson of North DeSoto in his title match.