When Minden author and former community college president Dr. Roy Phillips was a graduate student in the late 1960’s in Michigan, he was inspired by a meeting he had in the late 1960’s with Alex Haley. Haley is the author of Roots who traced his family story from Africa to America. He encouraged Roy Phillips to do equally comprehensive research on his own family’s history. When Mr. Phillips asked him, ‘How do I start?’ Mr. Haley softly replied “Go and talk to the old folks in your family and collect their story before they pass.” 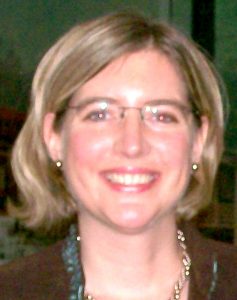 It was very fortunate that the young Roy Phillips did what Mr. Haley instructed and began his venture by recording the stories of his centenarian relatives, including his 102-year old grandmother. She passed before reaching her 103rd birthday. Years later in his retirement, Dr. Phillips decided it was time to complete what Alex Haley had inspired him to do. The result is his book, Exodus from the Door of No Return – Journey of an American Family, first published in 2006 and revised in 2009. Dr. Phillips started this family story with tribal life in Africa, then to slavery on a plantation in South Bossier Parish, sharecropping, tenant farming and on through his own and his immediate family’s life. It is one family’s story yet it is the story of millions.

It was the good fortune of our patrons that Dr. Phillips spoke at the Bossier Parish Library Historical Center on the last day of Black History Month (Feb). He discussed not only the book and the riveting story of his family’s transformation across centuries, but also the ways he researched the story in repositories and historic sites near, including the Bossier Parish Library Historical Center, and far, including the coast of Ghana, Africa.

This pilgrimage to Ghana included a visit to the Cape Coast Castle, built by the British in the 1600s to warehouse captured Africans to sell into slavery. Through the infamous, titular “Door of No Return,” these captives boarded ships to take them to an unfamiliar land and a life of slavery, should they survive the journey.

Dr. Phillips was born and raised in Webster Parish originally in Growing Valley, just over the Bossier Parish line, and began school in a two-room segregated school house in Minden.  He went on to get a BA Degree in secondary education from Eastern Michigan University, specializing in science education. He received an M.Ed in Education from Wayne State University in Detroit and a doctorate in Urban Secondary Administration from University of Michigan. He was a National Science Fellow in disciplines ranging from Astronomy to Geology to Anthropology and more. He was a high school science teacher and a Junior High Principal in Detroit public schools. He built and managed community colleges in four major community college districts. Dr. Phillips brought his Ghanaian ancestors’ story full-circle and truly “accepted the torch” passed on by them when by invitation he helped set up a community college in Ghana in 2002.

Dr. Phillips and his wife Vira continued his community’s tradition of stepping in when children were in need of care and adopted four children from foster care after raising their four biological children. He is currently researching the history of African Americans in Webster Parish and has worked with the Dorcheat Historical Association Museum in Minden to include this history in its exhibits.