Bossier Crime Stoppers is asking the public for help in finding a suspect wanted on a warrant for a home invasion that took place earlier this month.

Brandonlyn M. Campbell, 25, is wanted by the Bossier City Police Department and the United States Marshall’s Violent Offenders Task Force in connection with a home invasion on March 16, at the North Park Apartments in the 2500 block of Montgomery Lane. Campbell forced his way into an apartment that was occupied by an acquaintance. Campbell was armed with a firearm at the time and fled the scene prior to officers’ arrival. No one was injured in the incident. 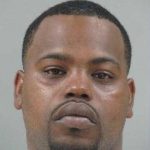 Campbell is a black male, 5’09” tall, weighs 205 pounds and is considered to be armed and dangerous.

Anyone who can help authorities locate Campbell is asked to call Bossier Crime Stoppers at (318) 424-4100 or submit a tip online at bossiercrimestoppers.org. Callers to Crime Stoppers are reminded they may remain totally anonymous and could be eligible for a cash reward for information that leads to an arrest.