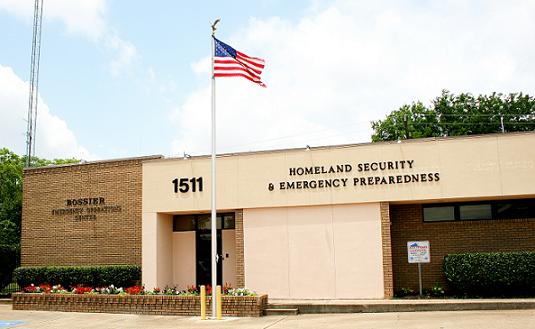 The Caddo-Bossier Governor’s Office of Homeland Security and Emergency Preparedness will be splitting into their own separate agencies.

They cited the growth in the parish as the main reason for needing their own OHSEP.

“(When the office was formed) Bossier was very small, so there was an agreement made with Caddo to assist us if something were to happen. Bossier has grown and (OHSEP) just kept together because we were still growing into what we are today,” said Sammy Halphen, director of public safety for Bossier Parish. “With all the growth of Bossier Parish. We’ve developed our own needs.”

The council — comprised of the Caddo and Bossier Parish sheriffs, Bossier City Mayor Lorenz Walker, Shreveport Mayor Cedric Glover, Caddo Commissioner, and Bossier Parish Police Jury president — decided that a separation of the office would take place on July 1. The council will also form committees representing both sides of the river to work on transitioning the split.

Halphen pointed out that Caddo and Bossier were the only two parishes in all of Louisiana with joined OHSEP offices.

He notes that state laws allow other parishes to help each other in times of emergency.

“If Caddo needs any help, we’ll be there in a second, flat,” said Halphen.

Another major reason for the split is that it will simplify funding and housekeeping needs.

“When grant money is available for OHSEP, it’s immediately split into Bossier and Caddo portions based on population, so we’re already functioning in the way we would once we separate,” said Halphen. “And there are specific needs from Bossier Parish that need to be taken care of that don’t have anything to do with Caddo Parish, and vice versa.”

There will be no additional budget costs, according to Halphen. The budget for the Bossier Portion of the CB-OHSEP is funded by the Bossier Parish Police Jury, Bossier Sheriff’s Office, and City of Bossier City.

Any staffing changes has yet to be decided by the committee.

“There’s a possibility that part of the personnel will go to Caddo and part will stay in Bossier. Federal grant money dispersed throughout the state’s parishes is going away, so Bossier’s funding is going towards staffing,” Halphen explained.

He also noted there will be no infrastructure costs. The Bossier OHSEP office located on Doctor’s Drive in Bossier City is owned by the city and will be made available.

The Louisiana Disaster Act of 1993 authorized the Caddo-Bossier Office of Homeland Security & Emergency Preparedness Executive Council as the primary responsible party for meeting the dangers posed by disasters.

“It’s used for logistics. If we had something happen that we couldn’t handle on our own because we need the National Guard, equipment we don’t have, or additional people, we request that through the OHSEP and the Governor’s OHSEP requests those items and they’re sent to us,” explained Halphen. “Through them, we also get refunded for a widespread disaster established by the Governor’s OHSEP.”

“The vast majority of all emergencies do not require the use of the OHSEP,” said Halphen.