Horton is seeking election for the seat that Representative Henry Burns currently holds. Burns, however, officially announced his candidacy for the State Senate (Dist. 36) in February. Both seats will be on the ballot in October’s statewide elections. 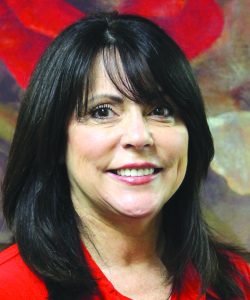 Horton, a native of northwest Louisiana, said she has intimate knowledge of the legislative process and the state government because of her eight year history as the legislative assistant for Rep. Burns.

“The experience I have acquired will allow me to hit the job running; there is no learning curve,” Horton said. “I am job ready. I know and understand the many dynamics of the legislative process and most importantly, I have a passion for service.”

The key to being a successful servant, Horton said, is building relationships with the people within the district, region and at the capital. Though she has always been interested and involved with politics, Horton feels that serving as a legislative assistant has been a great educational opportunity.

“I love the process and I love the democratic way that things work,” she said. “I see positive changes coming in Louisiana and I think we’re headed in the right direction.”

Among the positives she noted are things happening right here in north Louisiana, including the completion of Interstate 49, economic developments and new industry partnerships.

Horton is humbled by the support she has received since announcing her candidacy. This new chapter, however, is a bit emotional. Hearing Burns’ decision to run for the Senate was bittersweet.

Having known him for more than two decades, she feels blessed to have worked with him.

“District 9 could not have a better representative than Henry Burns,” she said.

Her desire moving forward, though, is to continue to be the voice, hands and feet of Dist. 9 constituents.

“I feel like I’ve waited all my life for this,” Horton said. “I will take everything I’ve learned from [Henry] and use it with honor and integrity. With your friendship, support and vote, we can and will make a difference together.”

Dodie is married to Gary Horton, a life-long resident of Haughton and a retired member of the Shreveport Fire Department. The couple has been married 38 years and have three daughters and four grandchildren.