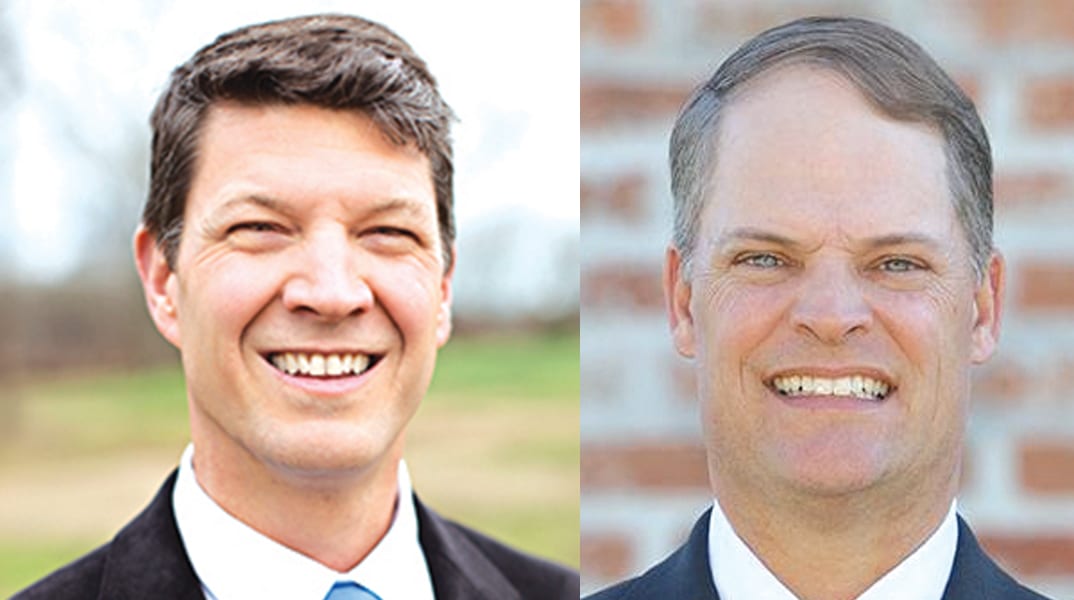 Following this past weekend’s election, Republicans Raymond Crews and Robbie Gatti are headed to a runoff to represent Bossier City in Louisiana House District 8.

The election will fill the seat left vacant when Mike Johnson was elected to Congress.

Crews came in first with 41% of the vote, followed by Gatti with 37%. The remaining candidates were Duke Lowrie and Patrick J. Harrington, who finished with 16% and 6% respectively.

The runoff is slated for April 29.

Crews was pleased with the results, saying, “Most people thought we would come in second, but coming in first is an endorsement of the campaign.”

He believes that there are still a lot of votes out there that should go his way as he shares the same conservative views as his former opponents in Duke Lowrie and Patrick J. Harrington.

“We will be campaigning hot and heavy and try to hit those voters who don’t know me as well,” Crews said. “We’re going to try and get those voters in Mr. Lowrie’s  and Mr. Harrington’s camp because sometimes voters make their decision and once that decision is made they don’t know the other candidates as well.”

Gatti is “very excited” to be in a runoff in a race with four Republicans. He commended Lowrie and Harrington for running a “very clean, gentleman’s race with honor and dignity.”

Although the election is only days old, the runoff campaign is already being hotly contested.

Robbie Gatti’s brother, Louisiana Sen. Ryan Gatti, posted on Facebook that within minutes of the election results, a reported Crews’ campaign leader — later identified as State Rep. Alan Seabaugh by a screen shot of a text message conversation shared by Ryan Gatti — asked Gatti to concede and said “the attacks are just getting started.”

Crews answered Gatti’s assertions, saying, “We don’t intend to engage in any negative attack ads and it’s interesting they would suggest that on Facebook.”

Robbie Gatti was more adamant in the belief that attacks would be forthcoming. He alleged that Crews’ campaign is being controlled by the Louisiana Federation for Children, an organization that supports charter and voucher schools, according to Gatti. He said there will be hundreds of thousands of dollars spent in attack ads against himself and the Bossier Parish School System.

“My opponent is inherently a Christian man. The problem is that he is allowing special interest to control him. And this is very evident by the hundreds of thousands of dollars that the Louisiana Federation for Children is spending on this election,” Gatti said. “I believe the Louisiana Federation for Children has the intent to dismantle the Bossier Parish School system and I will not sit by idly and allow them to do this. I am the only candidate with kids in the Bossier Parish School system and I have trusted them with my most precious assets, which are my sons and they have done a great job educating them.”

Crews said his campaign has not coordinated with the Louisiana Federation for Children.

“The Louisiana Federation for Children is an independent organization. By law we can not coordinate with their organization, and we do not in any way. To suggest that we do is a very serious accusation by Robbie Gatti,” Crews said via a text message. “Our campaign is not run by any outside interest. Parties interested in PAC expenditures can verify amounts at www.ethics.la.gov. We encourage voters to check all claims by our campaign and that of our opponent, and even those outside of either campaign.’”

Regardless of what messages are disseminated, Crews said he plans on a solid campaign that represents the people of District 8.

“I’m looking forward to it. We have a good team and good people, and I feel we represent the values and the people of this district,” he said.

Gatti said he is prepared as a strong Christian leader with my military, medical, and ministry experience.

“I have control of my campaign and we will run a clean and positive campaign and we’ll vigorously defend ourselves when lies are presented. I will not allow my surrogates and friends to be negative,” Gatti pledged. “I plan on working twice as hard as I did in the initial half of this race, where I walked 220 miles personally and knocked on 3,500 doors. So my opponent can expect much more in this runoff.”

Crews is new to the political scene. He served  for 17 years in the Air Force, flying combat missions in Iraq and Afghanistan. After leaving the Air Force, he flew for national airline companies and later started a small business in Bossier City.

Gatti is the brother of state Sen. Ryan Gatti.  He is a small businessman, physical therapist, and serviceman. He is also a church, civic, and community leader and has operated Vivian Physical Therapy since 1998.