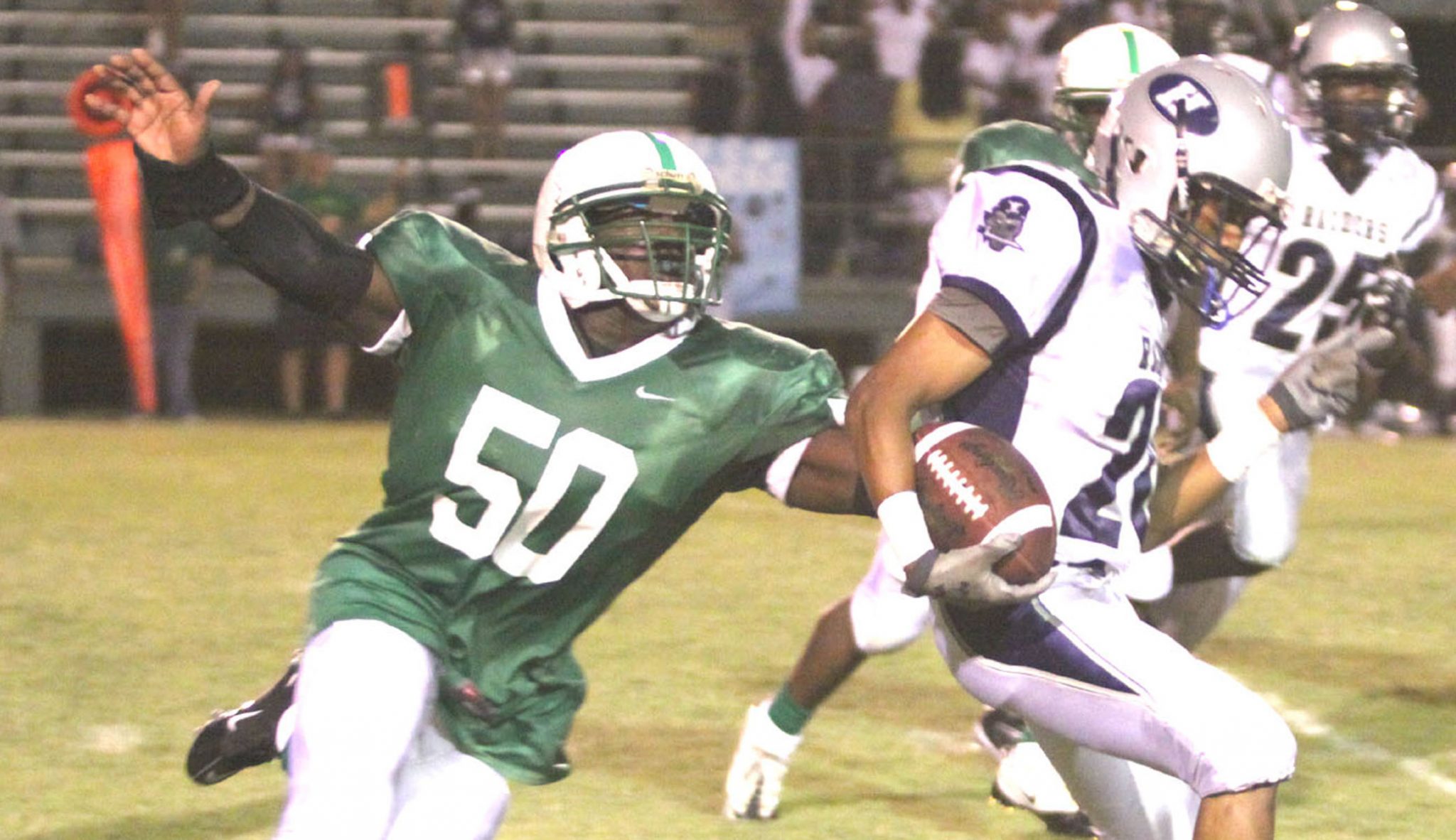 After falling behind early against the Huntington Raiders Friday night, the Bossier Bearkats had a chance to win it at the end.

After Huntington had taken a 12-point lead in the fourth quarter, the Bearkats’ Alonzo Owens returned a kickoff to set up a Bossier touchdown that cut the lead to five.

Bossier got the ball back with very little time on the clock. It appeared a Justin Kennon run would be the last play of the the game.

But Huntington was assessed two 15-yard penalties after receiving several sideline warnings. Games can’t end on a penalty so the Bearkats had one shot to win it from the 15.

“We’re just trying to get by with kids who are inexperienced on the varsity level,” Bossier coach Michael Concilio said. “It’s just been a tough road.”

Turnovers were a problem for the Bearkats, who lost four fumbles. An interception led to Huntington’s first touchdown.

A 40-yard punt return to the Bearkats 2 set up the Raiders’ second score.

One of the biggest plays of the game was the final one of the first half. The Raiders scored on a 63-yard fake punt pass play that gave them a 22-7 lead.

Bossier showed improvement on both sides of the ball, though, from their season-opening loss to Airline.

The Bearkats piled up 203 yards with their Wing-T offense. They attempted only two passes. One was intercepted and the other incomplete.

Chris Hall led Bossier with 87 yards on eight carries, including a 68-yard touchdown.

Hall’s TD cut the lead to 22-13 in the second half, but a two-point conversion failed.

Concilio said the Bearkats need to do several things to right the ship.

“The turnovers are the most crucial,” he said.

He also said the Bearkats’ inexperienced players need to get used to the speed of game and learn how to handle adversity during the course of the game.