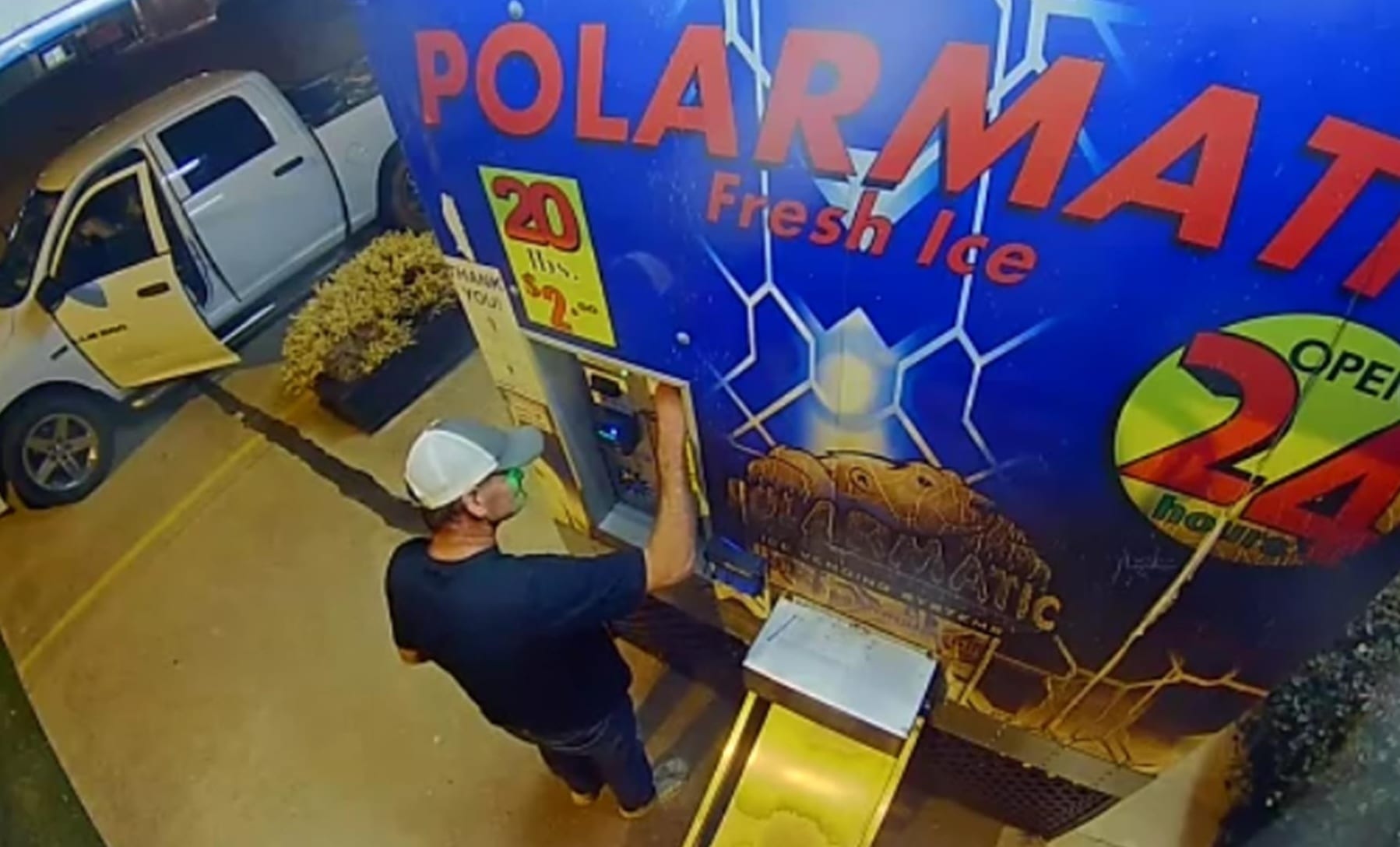 Bossier Sheriff’s Office detectives are asking the public’s help in identifying two suspects caught on surveillance video who broke into an ice machine in Bossier City and stole money.

Detectives obtained quality surveillance video from the Polarmatic Fresh Ice machine, located in the 5200 block of Airline Drive, that shows a white male and woman driving up in a white four-door Dodge Ram 1500 to the ice machine located in north Bossier around midnight on Saturday August 3, 2019.

The man is wearing a ball cap, gets out of the truck, walks around the machine for a few minutes, then goes back to his truck. The woman, who appears to have multiple tattoos on her left forearm and pink/purple highlighted hair, wearing red cowboy boots, then gets out of the truck and goes to buy a bag of ice, while the man appears to be scoping the area.

They depart in their truck, only to return a few minutes later.
The woman then brings the purchased bag of ice from the truck back to the ice machine dispenser, where she breaks up the ice….over and over and over…as a distractor while the man breaks into the machine. He takes the money, and they both depart in the truck onto Airline Drive.

The couple stole an undetermined amount of cash and damaged the ice machine panel door.

If you know the identity of these suspects, please call Bossier CrimeStoppers at (318) 424-4100 to submit a tip; find out more at www.bossiercrimestoppers.org.