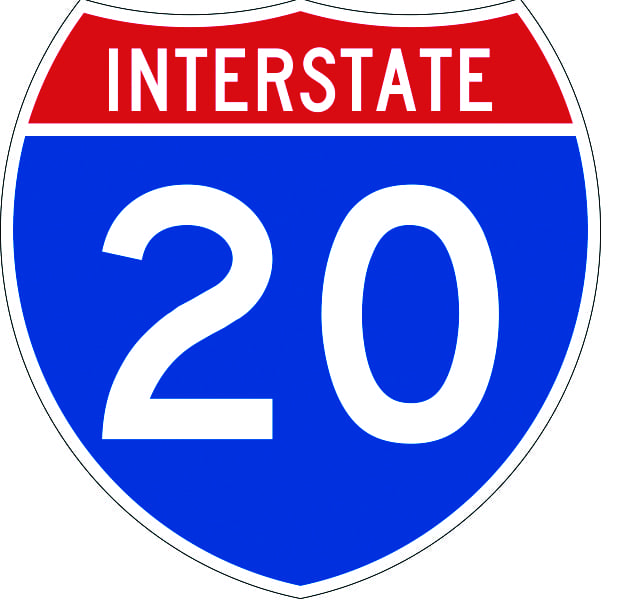 All lanes of I-20 from just west of LA 3 (Benton Road) to LA 782 (Industrial Drive) in Bossier City will be completely removed and reconstructed. The project is scheduled to go to bid in July 2021.

“We’re looking forward to improving I-20 for the thousands of motorists who use it every day,” Erin Buchanan, Department of Transportation and Development (DOTD) spokeswoman said.

“Right now, the project is in the final design phase, which is nearing completion. As part of the estimated $40 million project, all lanes of I-20 from just west of LA 3 (Benton Road) to LA 782 (Industrial Drive) in Bossier City will be completely removed and reconstructed. Additionally, patching repairs to sections of I-20 from Pines Road in Shreveport to east of Industrial Drive to I-220 in Bossier are included,” she added.

Once a project goes to bid, it takes about 30 days to execute and award the contract, then approximately another 30 days to coordinate the pre-construction conference. This is a meeting between the contractor and DOTD during which all aspects of the project will be discussed, including construction phasing if necessary, scheduling, start and end dates, and any other important issues.

Based on the bid date and necessary time frames, you can reasonably expect construction to start in late 2021. Holidays, festivals, and other major traffic generators are also discussed during the pre-construction conference, and play a role in start dates for work in order to help minimize the impact on travelers.

“The project will likely be at least a year to a year ½, though construction will be carefully phased especially through the Bossier City section that is being reconstructed. Lane closures of course will be necessary, and an extremely detailed Traffic Management Plan has been developed that analyzed all potential impacts not only to I-20 but also to I-220 and all ancillary roadways that will see an increase in traffic,” Buchanan said.

“As we move closer to the letting date, and certainly to construction, we will be communicating closely with the public in order to provide updates on when construction is expected to start and how it will progress,” she added.

This project, like most others, is funded through a combination of federal dollars along with a state match, an 80/20 split (80% federal, 20% state).

“It has been planned for several years, but funding was secured for this fiscal year to allow the project to proceed with development,” said Buchanan.