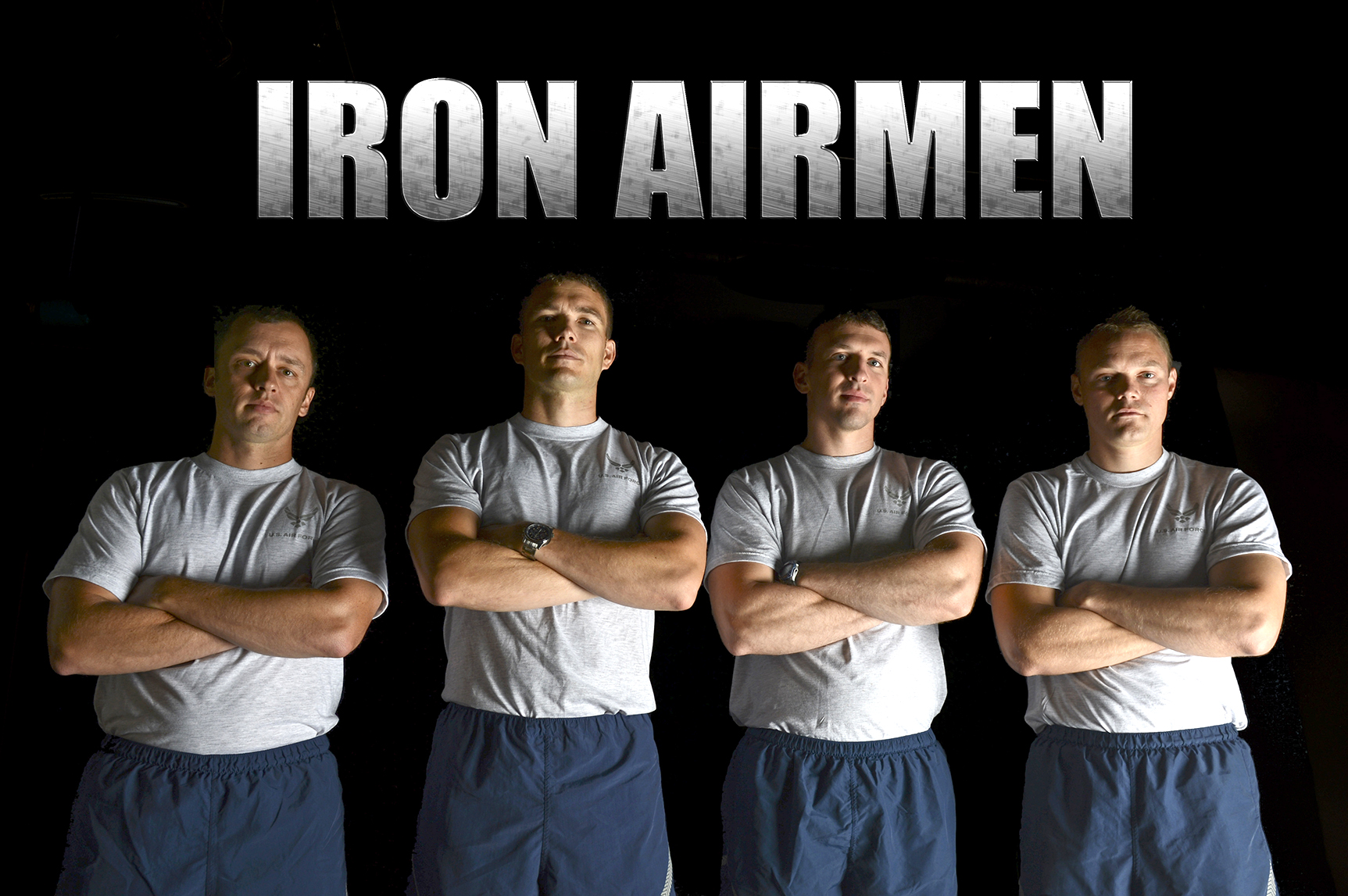 BARKSDALE AIR FORCE BASE — All Airmen must maintain fitness standards as a mission readiness requirement. However, fitness can also be used as a great motivator for people to achieve higher levels of resiliency.

The Iron Airman challenge, which consists of timed push-ups, pull-ups, sit-ups and a distance run, is a new program being run by the 2nd Bomb Wing to accomplish just that.

“The job we do is more demanding now than ever, and the importance of personal resiliency has increased proportionately,” said Col. Andrew Gebara, 2nd Bomb Wing commander. “Physical fitness is a significant part of a person’s overall feeling of well-being, and having goals is a huge part of physical fitness. For Airmen who have mastered the Air Force physical fitness test, the Iron Airman Challenge is a significantly higher goal to which those with a competitive spirit can aspire.”

Iron Airman, which began in 2012 as an initiative by the 11th Bomb Squadron’s commander, Lt. Col. William Wharton, was partially derived from a melding of the various services most challenging PT standards. For example, the max push-ups for males was derived from the Navy and the Air Force Academy tests, while the two-mile run was a combination of the Air Force and Army run tests. Using this model, Wharton felt he could encourage Airmen to achieve much higher than the USAF PT test requirements.

“I set out to challenge and inspire a few folks with the program and have found myself inspired by their efforts instead,” said Lt. Col. Wharton. “I believe physical fitness is merely an outward representation of the deeper traits of resiliency, determination, endurance, and grit.”

To become an Iron Airman, one must complete four events, each worth 100 points, in less than 30 minutes, and score a minimum of 360 points.

“It’s like a supercharged PT test,” Graff said. “It pushes you to the max, which I wanted after I broke my arm in January. I wanted a rehab goal, and Iron Airman was the perfect fit.”

The challenge is not just for aviators.

“Every Airman is eligible to do this,” said Carroll, who was the first to become an Iron Airman. “However, the kind of person that’s going to succeed is one who has already excelled on the PT test. If you train for Iron Airman, you will also be training to excel on the PT test.”

Those who complete the Iron Airman challenge receive recognition from the 2nd Bomb Wing commander, see their name on an Iron Airman Achievement Board, and receive a trophy.