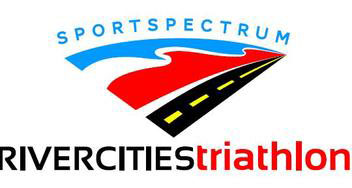 With over 1,200 competitors representing 22 states, River Cities is one of the largest triathlons in the South. The race consists of a ½ mile swim, 18.2 mile bike, and 3.1 mile run.

A progenitor of the sport, in 1993 Scott was the first person inducted into the Ironman Hall of Fame. He is known by the nickname “The Man” for his intense training regimens and his unrelenting race performances that created his record number of wins.

Scott ran his first Ironman in 1980 and finished in 9:24:33, nearly 2 hours faster than the previous win. Scott’s time and approach is widely considered to have changed the Ironman from a test of endurance to a race.

The weekend will kick off on Friday with a training clinic led by Scott at Centenary College. Clinic participants will learn techniques and training principles practiced by today’s great athletes. They’ll also
receive one-on-one feedback from one of the greatest triathletes ever.

On Saturday, nearly 250 children ages 7-14 will splash and dash their way through an attenuated swim, bike, and run on the same course as the adults. Triathlon is the fastest growing Olympic Sport, and youth events like the IronFish contribute to that growth and development.

For many of Saturday’s participants, this will be the first triathlon of many more to come. Saturday evening, participants of all ages are invited to attend a pre-race carbo-load dinner at the Diamond Jacks Casino. Entertainment will consist of a video presentation from Dave — a flashback to the early days of triathlon. Dinner will be served from 6 p.m.-8 p.m.

The weekend’s activities culminate on Sunday morning as athletes test their abilities on the challenging River Cities Triathlon race course. Despite the August heat and challenging hills, the race has been voted the South Midwest’s “Favorite Large Triathlon” many times by the regional triathlon board, an honor and tradition that race organizers hope to continue.