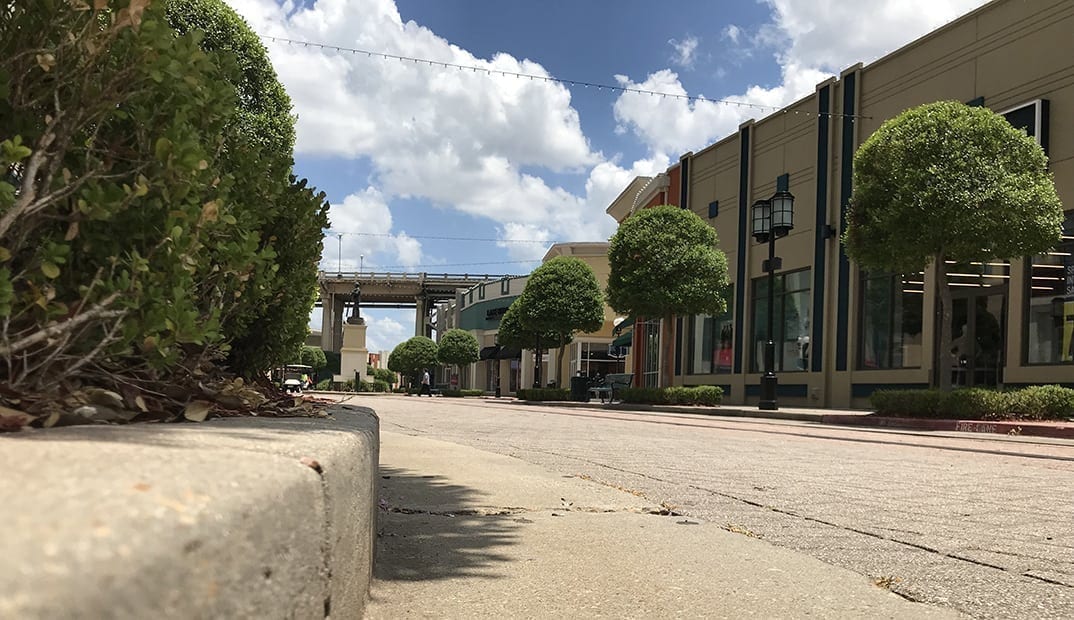 Depending on what day you visit the outdoor shopping center that is the Louisiana Boardwalk Outlets, you could think it’s either in trouble or booming as it has been for more than a decade.

Ashley Davis, marketing manager for the Louisiana Boardwalk Outlets, said that foot traffic is definitely not down at the Boardwalk. She noted that sales are up and the Father’s Day and Memorial Day holidays, as well as the month of March, were successful for the retail mecca.

“March was one of the best months we’ve had in a long time.”

She said that Boardwalk traffic fluctuates depending on the time of year, and even time of the week.

“The only reason I can guess people would think that is they’re here on the wrong weekend. It changes with time of year,” Davis said before noting, “It’s good. (Attendance) hasn’t been making me nervous.”

Normal weekday traffic is down Monday through Wednesday. Davis said without a three-day, holiday weekend, Thursday through Sunday more than makes up for it. She added “that’s always been the case” since she started in 2008.

“We tell everyone we get 40-percent regional tourist traffic, and they all come Thursday through Sunday, or Friday through Monday,” Davis said. ”Monday through Wednesday is slow. Our restaurants do well during the week at lunch time. But people go back to work after finishing lunch.”

“But it’s the same with other retail venues. Before I started here, I worked at the Pierre Bossier Mall and Mall St. Vincent and the only thing busy during those times was the food court.”

Looking ahead at what new tenants could locate there, Davis noted the company had just hired a new leasing company to sell its vacant restaurants and attract retailers.

“I’d like to sell those restaurant locations on the riverfront, those are a great spot overlooking the river with a patio,” said Davis. “With retail, we have some national prospects we don’t have in Shreveport-Bossier currently. I hope to get someone by the end of the year.”

However, Davis was honest in saying that retail in general needs some help.

“Look at Sears. There are a lot of people buying online because it’s easy,” she said.

That’s why she focuses on being different with public events like car shows, fireworks, and fun runs.

“You have to get creative to get local and regional people in. It’s not just about shopping. We like to have fun and introduce you to stores.”

“Fourth of July is one of our biggest weekends. On the Fourth of July we do a big festival that ties into the firework show on the riverfront with live music and a kids area.”

Other weekend events include a children’s showcase and a talent show for local kids on July 28. Tax free weekend on August 3 and 4. Full list of events is available at www.louisianaboardwalk.com.