One of the many things that I love about living in Shreveport-Bossier is the “do it yourself” attitude that seems to have taken hold, especially in recent years.

The old saying that “nature fills a void” has seemed especially true here lately, as entrepreneurial folks have seen opportunities ranging from craft breweries to independent record stores and – instead of moving to a city that already has those things – have just decided to build those things here.

That’s the case with Will and Jim Broyles, two local businessmen who saw the need for a thorough documentation of Shreveport-Bossier’s history. The Broyles brothers and their company, Ring Media Group, are in the process of creating a series of 20 short films that are collectively called The Shape of Shreveport. The first four completed films will debut during a red carpet premiere event at The Strand Theatre at 7 p.m. on Thursday, June 4. Tickets are $20, with all proceeds benefiting The Strand Theatre. 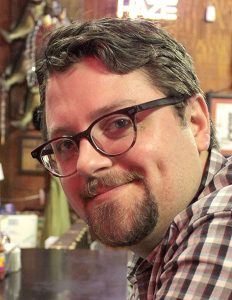 The four films that will debut on June 4 are each 15 minutes long. They cover topics including Shreveport’s yellow fever epidemic of 1873, the cultural significance of the Louisiana Hayride, Shreveport’s role in Dr. Martin Luther King Jr.’s social and political prominence and more. The films are well-made, entertaining and family-friendly. Following the screening, there will be a Q&A panel featuring the historians and experts who appear in the films.

While it may seem unusual for a duo of local businessmen to bankroll the production of 20 short films about history, a brief conversation with these guys – along with writer/director Chris Charles Scott – answered lots of questions that I had. As business owners, they plan to use these videos to recruit talented potential employees. They also feel that the films will encourage local residents to appreciate the resilience that Shreveport residents have displayed in the past, and apply that spirit of resilience in their own lives.

“These films are about some of the things we’ve overcome, as a community – the hard stuff that we’ve endured,” Jim Broyles told me.

“We’re saying: ‘The Shreveport renaissance is real,’” Will added. “If you’re a young professional who’s moved away, come back and be a part of that renaissance.’”

Chris Jay is the Public Relations & Social Media Manager for the Shreveport-Bossier Convention and Tourist Bureau. He can be reached at cjay@sbctb.org