Little wonder why President Obama decided not to put all those health care negotiations on C-SPAN. In recent weeks, several videos have emerged featuring Jonathan Gruber—who famously received nearly $400,000 in contracts from the Department of Health and Human Services as a technical adviser on Obamacare—revealing inconvenient truths about the way the law was enacted.

In talking about “the stupidity of the American voter,” Gruber admitted several deceptions used to sell Obamacare. In discussing the individual mandate—which Barack Obama famously said was “absolutely” not a tax increase—Gruber said that if Democrats had called the mandate a tax increase in 2010, “the bill dies.” He admitted that Obamacare will substantially raise premiums on younger Americans, in a massive redistribution of wealth. And he argued that “basic exploitation of the lack of economic misunderstanding of the American voter” allowed Democrats to pass a massive tax increase on the middle class—even though candidate Obama in 2008 made a “firm pledge” that “no family making less than $250,000 a year” would see “any form of tax increase.” 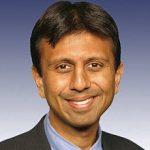 Of course, President Obama broke many other promises to ram his unpopular law through Congress. Last year this time, millions of people found the lie in “If you like your plan, you can keep it,” receiving cancellation notices in the mail. Many other Americans have found they can’t keep their doctor—or that, if they can keep their doctor, it will cost them much more, because Obamacare’s new coverage requirements have forced insurance companies to narrow their doctor networks in a vain attempt to minimize premium increases. And of course, the “most transparent” Administration utterly failed to keep candidate Obama’s repeated pledge to negotiate the bill in the public eye, rather than in backroom dealings with Washington special interests.

But the biggest broken promise of all was the promise that Obamacare would reduce health care costs. President Obama promised repeatedly that his plan would lower premiums by $2,500 for the average family—and do so within his first four years. He hasn’t come close. Premiums for employer provided coverage have risen by an average of $4,154 per family since President Obama was first elected. Overall, American families have faced a 33 percent increase in their premiums, from $12,680 to $16,834, because premiums and health costs have risen, not fallen, under Obamacare. And things will only get worse; the law itself will raise health spending by $621 billion in the coming decade, according to the Administration’s own actuaries.

Mr. Gruber and the other know-it-alls designed Obamacare as a top down government centered approach where costs are high, and Washington bureaucrats are driving the train and making decisions about our health care. It was always meant to be a closed system that puts bureaucrats in the waiting room with you and your doctor. The Left’s mindset on expanding Medicaid was a terrible totally misguided idea, putting quantity over quality.

Expanding Medicaid represents government doubling down on a program whose health outcomes range from marginal to horrendous. Medicaid was set up by Congress in order to provide a safety net for the disabled and truly needy, yet this President has turned it into yet another massive entitlement program, while we can’t pay for our existing programs.  It is the absolute height of irresponsibility.

Real healthcare outcomes stem from patients and their doctors working together in an open health care system. Decisions about our health care should not be made top-down, politically.

Better late than never for President Obama himself to embrace reforms that can reduce costs, not raise them. As a Christian, I firmly believe in the redemptive power of second chances. Here’s hoping that the new Congress and those in Washington take the opportunity fully within their grasp.

Bobby Jindal is Governor of Louisiana