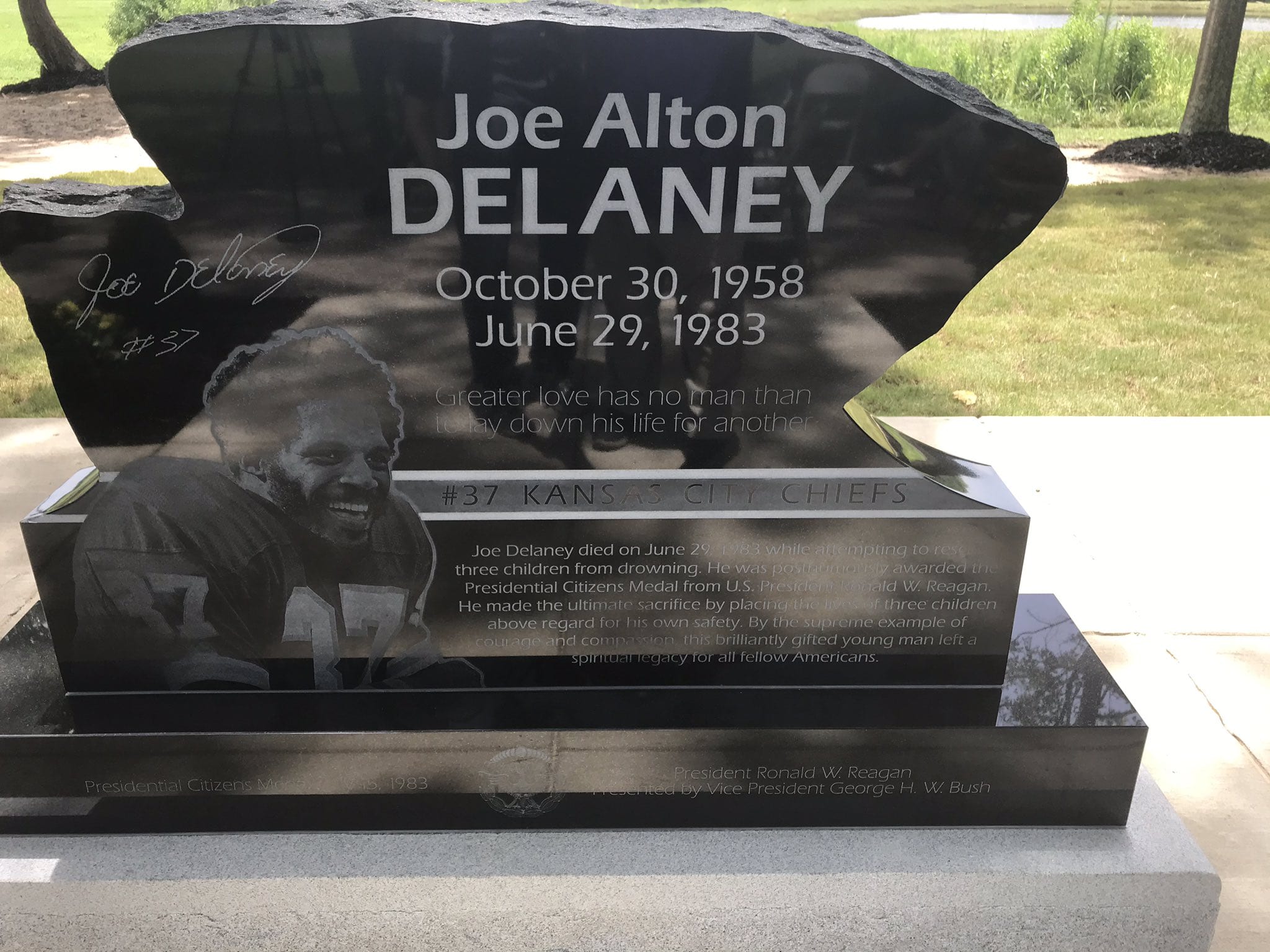 Delaney, just 24 at the time, tried to save the boys despite being unable to swim. One of the three children survived.

Last Saturday, a monument in his honor was unveiled at the park.

On hand were many of his teammates and coaches as well as family and friends.

Delaney was a rising star at running back with the Chiefs when he died. He was named the AFC Offensive Rookie of the Year in 1981 after gaining 1,121 yards.

During the 1982 strike-shortened season, he had surgery for a detached retina and his production was limited.

Delaney was an All-America selection at Northwestern State in football and track and field.

Delaney was a wide receiver at Haughton. He moved to running back at NSU.

On Oct. 29, 2016, the Joe Delaney Memorial Park was officially opened in Haughton.