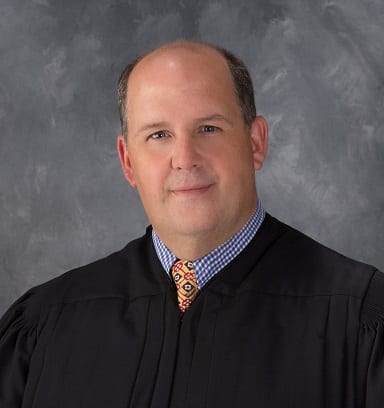 The position became vacant after the recent retirement of Judge Henry Brown. The Second Circuit Court of Appeal, based in Shreveport, serves Louisiana’s 20 northernmost parishes. The Second District election will be held only in Bossier and Webster parishes. Judge Thompson serves as State District Judge for the 26th Judicial District Court serving Bossier and Webster parishes and presides over criminal and civil matters.

“I am overwhelmed by the support and flattered by the phone calls and texts asking me to be a candidate for this important position” Thompson commented. “Reviewing the work of District Judges is challenging and it is important to have that experience as a District Judge. I am ready to serve and appreciate the support from my many friends in Bossier and Webster, my colleagues in the legal community, and those in law enforcement.”

An honor graduate from Tulane University School of Law in 1995, Judge Thompson was in private practice for 20 years before taking the bench. While serving as District Judge he was appointed to the Louisiana Supreme Court Committee on Judicial Ethics. He is a Past President of the Bossier Bar Association, and a former member of the Louisiana Bar Association House of Delegates.

“Judge Thompson has always fought to protect children and the elderly, has been a great friend to law enforcement throughout his career, and has the important experience needed to serve on the Court of Appeal,” said Bossier Parish Sheriff Julian Whittington.

In expressing his support, Bossier-Webster District Attorney Schuyler Marvin said, “I have known Judge Thompson for many years and he is smart, hardworking and well qualified to serve on the Court of Appeals.”

Thompson has long been involved in the community, having served as President of the Bossier Chamber of Commerce; the Greater Bossier Economic Development Foundation; the BPCC Foundation; and as Bossier Chair of the Norwela Council of Boy Scouts.   He and his wife Toni, have been married for 27 years and their daughter Lillie (20) is a sophomore at LSU in Baton Rouge, and their son Rowe (16) is a sophomore at Benton High School.

Qualifying for candidates will be January 30 to February 1, with the election to be held March 30, 2019.