In March of 2008, when the discovery of the Haynesville Shale was first announced by Chesapeake Energy Corporation, the Henry Hub spot price of natural gas was $9.25 per million British Thermal Units (MMBtu).  In the summer of 2008, natural gas prices peaked at $12.69 per MMBtu, setting off an unprecedented frenzy of leasing and drilling activities in the Haynesville Shale. 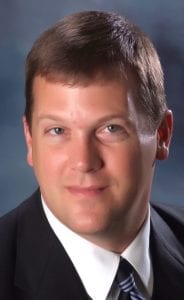 In the ensuing years, the shale energy revolution flooded the market with new supplies of natural gas, driving the spot price to a seventeen year low of $1.611 per MMBtu in March of 2016.  As a consequence, in the last week of August of 2016, the number of rigs drilling for natural gas in the United States fell to an all-time low of 81, with only 14 rigs operating in the Haynesville Shale.  This wrenching bust, all too common in the oil and gas industry, caused widespread job loss and economic stagnation across the area.

According to the Wall Street Journal, with an expected increasing, long-term demand for electricity generation and liquefied natural gas export, the natural gas market is expected to move toward a new price equilibrium.  With unrivaled take-away-capacity, a geographic advantage over other plays, and a low breakeven price for some areas from $1.50 to $3.00 per MMBtu, the Haynesville Shale is poised to experience new life as prices stabilize.

With much of the past decade’s supply overhang now absorbed by the market and with operators approaching natural gas shale drilling with a more rational, long-term view, prices have recently peaked at a yearly high of $3.74 per MMBtu—an astonishing 132 percent improvement over the March low.  Operators are returning to the Haynesville Shale, employing the latest technologies, including 10,000 foot underground laterals and increased proppant injections, to reach reported profit margins in excess of 40 percent.  New operators have purchased positions and brought needed capital in to the Haynesville Shale, which is proving once again to be one of the nation’s leading gas shale plays.  By 2020, the United States—led by the Haynesville Shale—is projected to be the third largest exporter of liquefied natural gas behind Australia and Qatar.

For better or worse, the region’s economy relies heavily on oil and gas development.  Although the latest downturn has been painful, there appear to be reasons for optimism as the nation and the world embrace the benefits of bountiful natural gas as the primary source for power generation, a feed-stock for manufacturing, and potentially, a “clean” fuel for transportation.