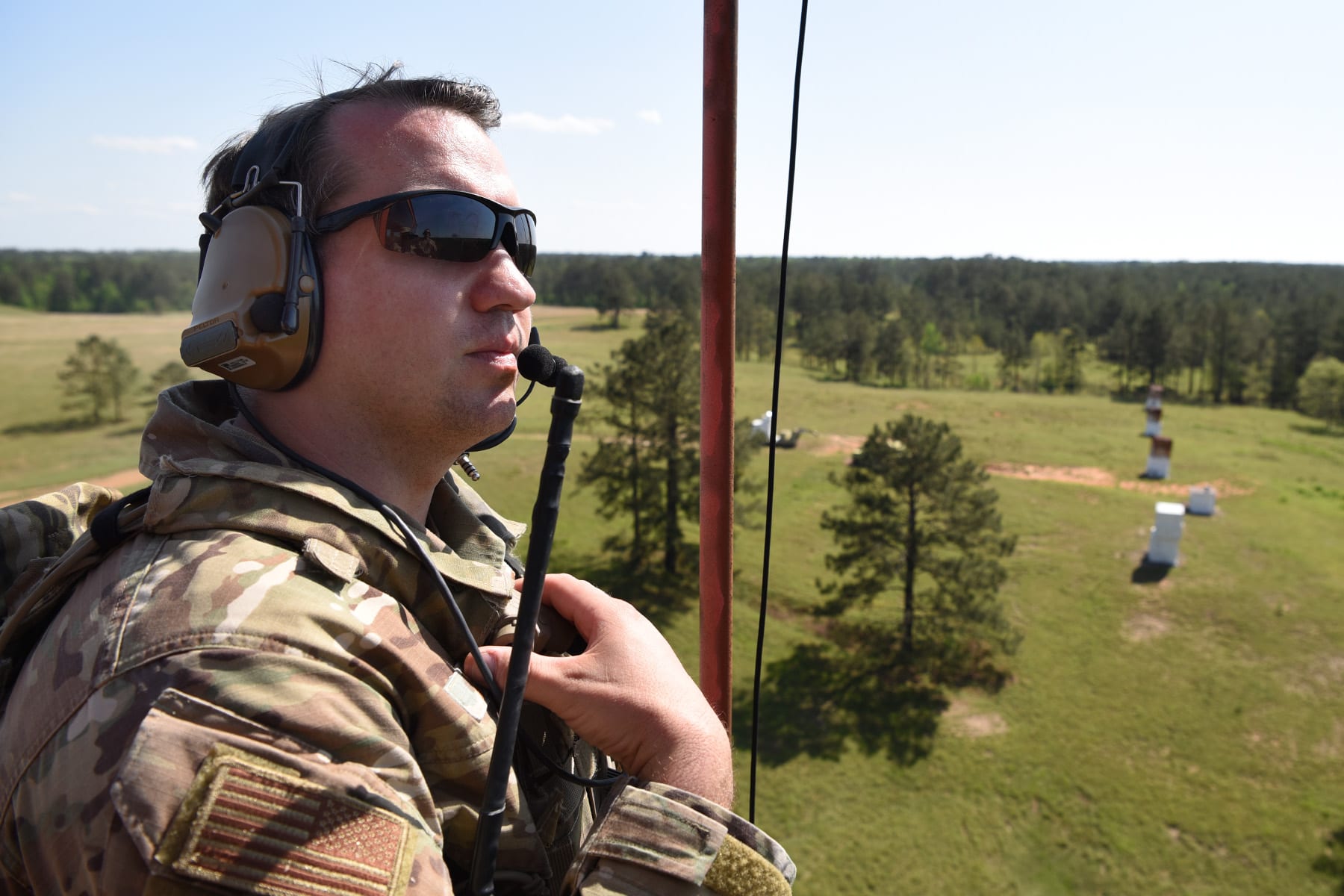 This event allows potential military and civilian recruits to see, first-hand, the capabilities of TACP airmen, pilots and their impact on the battlefield.

“It is important to portray what we do and provide [recruits] a realistic view,” said Lt. Col. Jeffery Hawkins, 122nd ASOS commander. “Getting them out here lets them immerse themselves with TACP members who’ve been in their shoes. They can see a live-cast deployment and how it works.”

The showcase is the beginning process to becoming a Special Warfare Airman. Col. Jonathan Mumme, 159th Fighter Wing commander, stressed the importance of the event because it allows the recruits to see the TACP members in action, to see the jets come in and engage their targets, rather than just hearing about it.

“Today is all about what being a 1[Z] is about,” said Lt. Col. David Anderson, 159th Operations Group commander. “Tomorrow is the first step in becoming one.”

Hawkins said it takes approximately three years from the initial pass test and interview to reach the junior category of a TACP airman.

“Primarily, everyone thinks the Air Force fights in the air, which we do, but there is a big process to completing the mission of serving the Army on the ground,” Hawkins said. “We are a support asset to the Army. The air-to-ground mission is the end result of the Air Force’s support, and that is what we are trying to showcase; the Air Force sees the relevance of our total support to the ground commander of the Army elements.”

While the primary mission of this event is recruiting, the TACP members and pilots also receive live training to ensure their skills remain proficient.

“We are required to [perform] so many currency controls a year – we have to keep current and be able to deploy anywhere in the world,” said Senior Master Sgt. Mark Simpson, 122nd ASOS operations superintendent.

Mumme said strafing, or attacking ground targets from low-flying aircraft using aircraft-mounted automatic weapons, provides familiarization training for pilots to help them remain combat ready to provide air support and execute the mission when and where they are needed.

Recruiting events, such as this showcase, are effective in the recruiting process for new members.

“We have [completed] three to four of these and pulled five or six people, maybe more,” Simpson said.

It is important to continue expanding and recruiting members for Special Warfare operations because of their impact on the battlefield.

“This is one of the coolest missions in the [Department of Defense]. You get to talk to an aircraft and tell them where to [engage],” Simpson said. “You have a direct effect on the battlefield.”