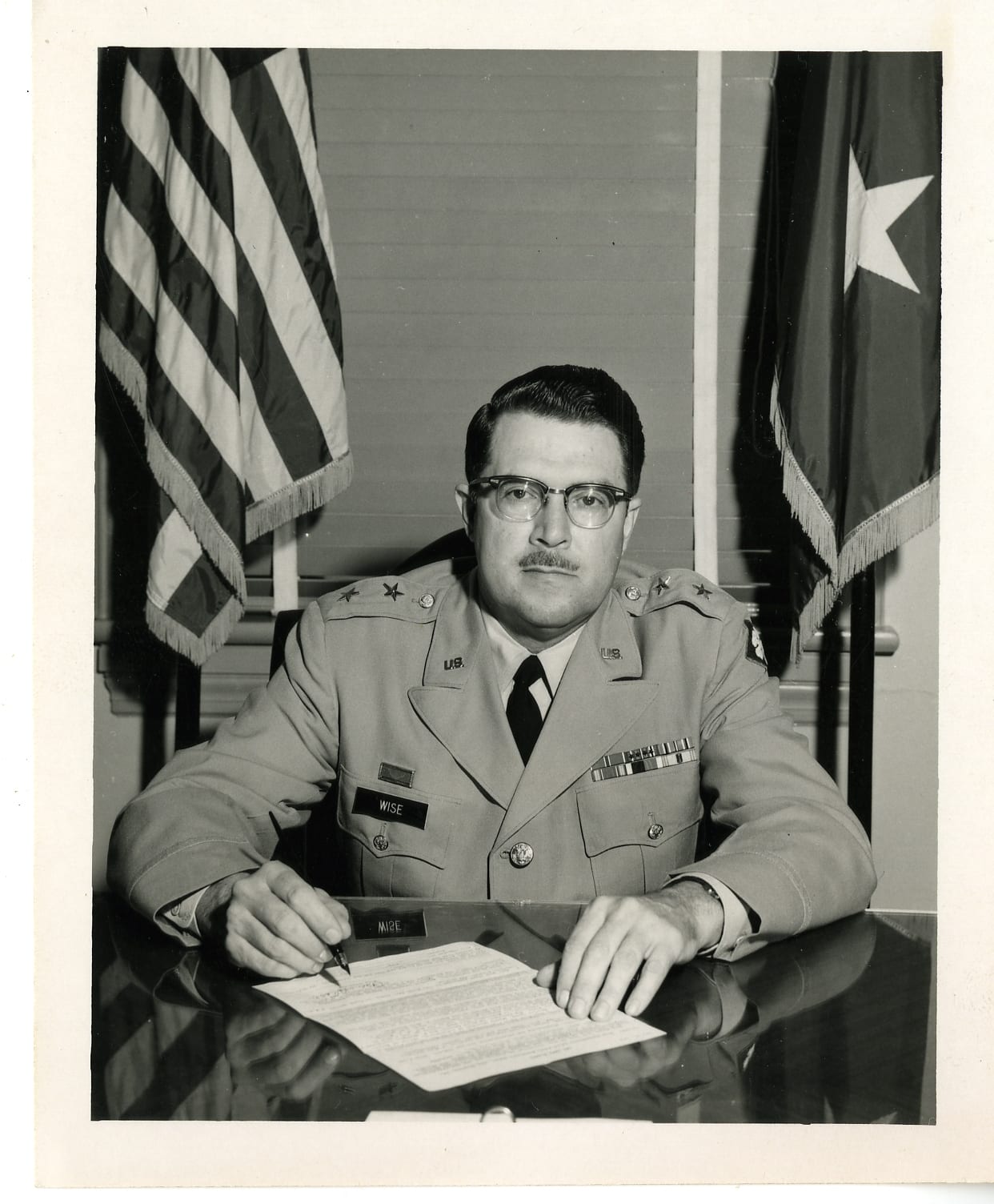 On top of his military service, Wise wrote over twenty books, owned multiple newspapers in Texas and Louisiana, was a successful businessman and worked as a newspaper publisher until 1998. He enjoyed traveling and gave back to the community through his love of gardening.

Wise earned a Bachelor of Science from Northwestern State University in 1941 and enlisted in the U.S. Army Air Corps after the bombing of Pearl Harbor. He served in England, France and Germany from 1941-1945, participating in four campaigns including the Normandy Landing (Utah Beach) and in the Paris Liberation. Wise then joined the Army Reserve component and served from 1946-1969.

In a 2009 interview with the State Military Department of Louisiana, Wise recounted when he met Winston Churchill on the French coast after the D-Day invasion in June of 1944.

Wise says, “I could see this little small plane was having trouble getting the door open. So, I went over and jerked the door open and out came Mr. Churchill and his big cigar. He was participating in the invasion and said, ‘Take me to the front lines!’” Wise goes on to say that after commandeering a Jeep, he drove Churchill a half a mile over a hill and watched the artillery battle for about 20 minutes before returning him to the plane.

“He accomplished more in a lifetime than most can aspire to,” said Waddell. “We not only lost a state treasure, but a national treasure as well.”