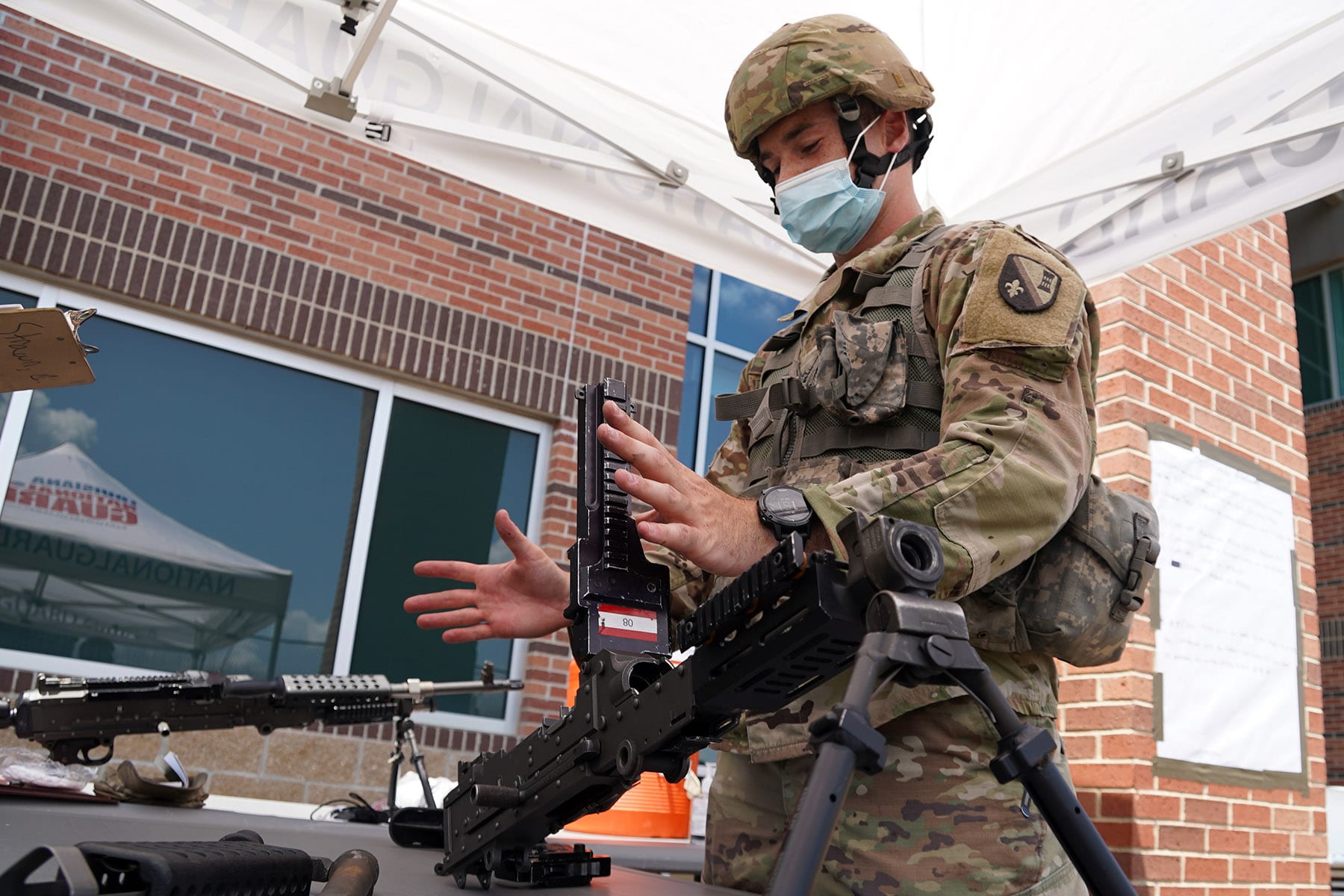 The winners, Sgt. Joel Murphy, a native of Ruston and member of the 225th Engineer Brigade, and Spc. Skylar St. Pierre, a native of the New Orleans area and member of the 204th Theatre Airfield Operations Group, will now represent Louisiana in the regional competition, where the best of our region’s National Guard enlisted soldiers and non-commissioned officers will compete in Arkansas.

“Each year the Louisiana National Guard hosts a state competition to determine the overall winners. We are proud of all our participants and are especially impressed with the two winners,” said Command Sgt. Maj. Clifford Ockman, Louisiana Army National Guard senior enlisted advisor. “These soldiers are above average and have proven to be both mentally and physically fit.”

The original, multi-day BWC scheduled for March 19-22 was postponed due to the COVID-19 pandemic. Following the regional competition plan for a virtual event, the LANG was going to follow suit.

However, the regional BWC, scheduled for August 27-30 in Arkansas, recently decided to have an in-person competition, so the LANG quickly reversed course and held the shortened, one-day event.

“Last year there were more events with more breaks in between. This year was a lot more compressed, but, even with doing less events, it seemed much harder just because you aren’t getting that rest. It was brutal!” said Murphy, who was named Non-Commissioned Officer of the Year in 2019. “It was a really good competition between everybody. It was pretty tight the whole way through.”

The competition, which was 8 events in a grueling 9-hour period, included the Army Physical Fitness Test, various Army Warrior Tasks, a 6-mile ruck march and a modified Army Combat Fitness Test. As an incentive, the competitors were also given a ride in a UH60 Black Hawk, which for many was the first time in a helicopter.

St. Pierre says, “I loved all the challenges being thrown at me. Being a soldier and doing those type of tasks … competing against the best of the best in the state … that’s what I like,” said St. Pierre. “My attitude when competing in anything is to muscle through and never give in to negative self-talk.”

”This year has been challenging on many fronts, and the soldiers have performed remarkably throughout,” said Ockman. “We know they will go on to the regional competition in Arkansas next week and represent the great state of Louisiana with pride.”