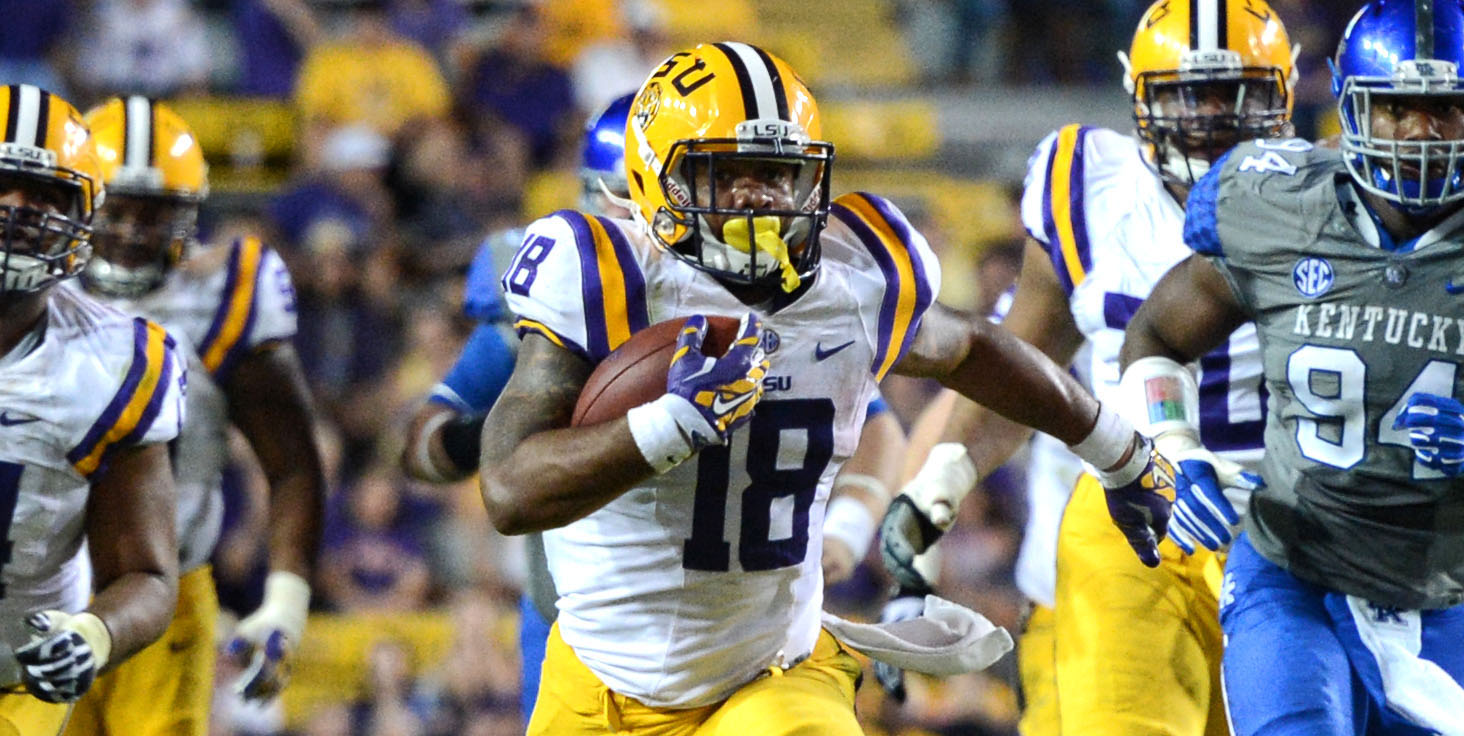 When it comes to college football, expectations are everything.
The Louisiana Tech Bulldogs and LSU Tigers both won eight games this season. While Tech’s season can be considered an unqualified success, most observers would call LSU’s somewhat of a disappointment.
Both teams close out their 2014 seasons in bowl games late this week and early next.
The Bulldogs (8-5) face Big 10 school Illinois (6-6) in the Zaxby’s Heart of Dallas Bowl at noon Friday in the Cotton Bowl. The Tigers (8-4) take on the Notre Dame Fighting Irish (7-5) in the Franklin American Mortgage Music City Bowl in Nashville at 2 p.m. Tuesday.
Both games will be broadcast on ESPN.
Tech turned things around in Skip Holtz’s second year as head coach after going 4-8 in 2013. After a 2-3 start, the Bulldogs won six of their next seven to win the Conference USA West division title. Tech lost to Marshall 26-23 in the conference title game.
Illinois won three of its first four games and then lost five of its next six. The Illini did win three of their last five, including the last two over Penn State 16-14 and Northwestern 47-33 to become bowl-eligible.
Senior quarterback Reilly O’Toole came off the bench to lead Illinois to the win over Penn State and started in the victory over Northwestern. O’Toole replaced Wes Lunt, who battled injuries during much of the season. He missed four games, including three after fracturing his fibula Oct. 4 against Purdue.
The Bulldogs secondary will be challenged by receiver Mike Dudek, who has been named to several freshman All-America teams.
The Illini average 360.3 yards per game but have had their problems defensively, allowing 464.4.
Tech has had no trouble moving the football and putting points on the scoreboard behind the passing of Cody Sokol and running of Kenneth Dixon.
Jarred Craft, a freshman from Haughton, has gained 307 yards on 78 carries and scored three TDs.
Expectations have been sky high during Les Miles’ 10-year tenure as head coach at LSU. The Tigers have won one national title under Miles and came into this season with a streak of four straight 10-win seasons. That’s why an eight-win season can be considered a letdown.
LSU is facing a Notre Dame team that lost five of its last six games, including 49-14 to USC in its season finale. Two of the losses were by three points, though.
The Irish are led by Everett Golson, a threat running and passing. He has thrown for 3,335 yards and 29 touchdowns with 14 interceptions.
LSU ranked first in the SEC in yards allowed per game at 305.8, but the Tigers struggled on offense for much of the season behind sophomore quarterback Anthony Jennings.
Jennings has completed 104 of 213 passes for 1,470 yards and 10 TDs with seven interceptions. True freshman quarterback Brandon Harris, a former Parkway star, has seen action in eight games, passing for 452 yards and six TDs.
The Tigers prefer to keep the ball on the ground. Freshman Leonard Fournette leads the team with 894 yards and eight touchdowns. Senior Terrance Magee is second with 553 yards and three TDs.
A big reason for the Tigers’ success on the ground is an offensive line led by second-team AP All-American La’el Collins, who was named the team’s MVP at its football awards banquet earlier this month.
Linebackers Kwon Alexander and Kendall Beckwith, end Danielle Hunter, safety Ronald Martin and and cornerback Jalen Collins are among the defensive leaders.