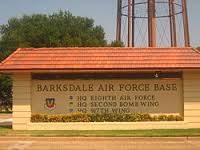 BARKSDALE AIR FORCE BASE – The 917th Fighter Group at Barksdale Air Force Base will complete the transfer of its A-10 Thunderbolt II jet aircraft to other units the morning of June 24.

A pre-reception for distinguished guests and former crew chiefs will begin in the A-10 Hangar at 9 a.m., with a brief ceremony on the ramp at 10 a.m. just prior to the aircraft departures.

The first of the official transfers of the 24 A-10s began in April.

In addition to the loss of aircraft, the recent Force Structure Action Implementation Plan inactivates the 917 FG and the 47th Fighter Squadron at Barksdale which will take place the end of September. This closing will take approximately 580 full and part time jobs from Barksdale.