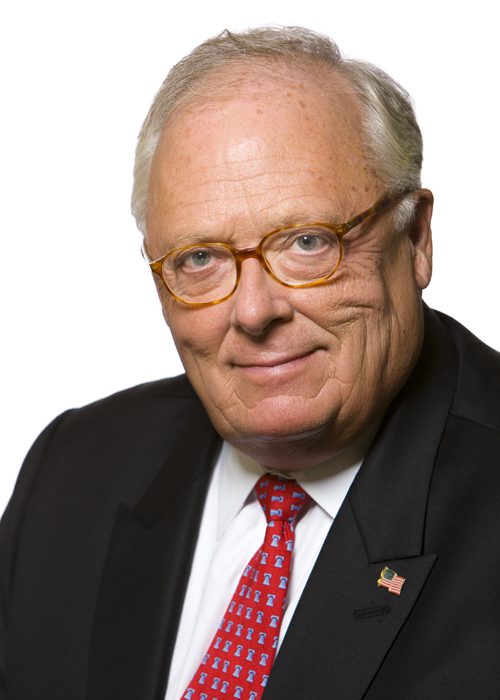 When we think of heroes, what comes to mind? Some fictional good guy flying around in the latest big-screen comic-book adventure? Perhaps, but with the arrival of another Memorial Day, I’d like to suggest someone more fitting: a U.S. Navy SEAL named Mike Monsoor.

As former Defense Secretary Donald H. Rumsfeld reminds us in his new book, “Rumsfeld’s Rules,” the SEALs go through the toughest training of any military unit in the world. It shows. Consider what happened with Mike.

Mike hailed from a family that knew a thing or two about service. His father was a Marine, and his mother was a social worker. He grew up fighting asthma, but persevered in high school to make the football team and become a superb athlete.

In March 2001, Mike made the courageous decision that millions of men and women, his father included, have made: to serve our country. He enlisted in the Navy.

Three years later, he passed the rigorous training that less than one-third of his fellow trainees finish to become a Navy SEAL. He was now a frogman, one of the members of the Navy’s elite forces. In spring 2006, he was deployed to Ramadi, Iraq, where he served as a machine-gunner and a communications operator in military operations against insurgents.

Through 35 heated firefights, his SEAL team remained undeterred by the enemy. On Sept. 29, 2006, Mike was providing security at a sniper lookout post with some other SEALs and eight Iraqi soldiers. As Mike and his team scanned the area for the enemy, an insurgent threw a fragmentation grenade at the team’s position.

The grenade hit Mike in the chest before falling to the ground. In an instant every man on that roof could have died. But Mike would not let that happen.

“Mike had a clear chance to escape, but he realized that the other two SEALs did not. In that terrible moment, he had two options — to save himself or to save his friends. For Mike, this was no choice at all. He threw himself onto the grenade and absorbed the blast with his body. One of the survivors put it this way: ‘Mikey looked death in the face that day and said, you cannot take my brothers. I will go in their stead.’”

Mike died 30 minutes later from wounds sustained from the blast. He’d saved the lives of his two teammates and the Iraqi army soldiers on that roof. This courage was not lost on his SEAL brethren. Mike’s funeral is thought to be the largest public gathering of SEALs in the history of the United States.

As the casket was taken from the hearse to the grave site, SEALs lined the path and slapped their Tridents, a pin with the official symbol of having completed SEAL training, onto the top of Mike’s coffin. Mr. Bush said, “The procession went on nearly half an hour, and when it was all over, the simple wooden coffin had become a gold-plated memorial to a hero who will never be forgotten.”

No one really understands how the bold colors of a hero’s soul are formed, but we do know that without heroes, our nation would not endure.

Americans are courageous in many ways.

Few of us have that level of courage. Yet we demonstrate it in different ways. We say what we think, and we stand up for our beliefs.

Ed Feulner is the founder of the Heritage Foundation.