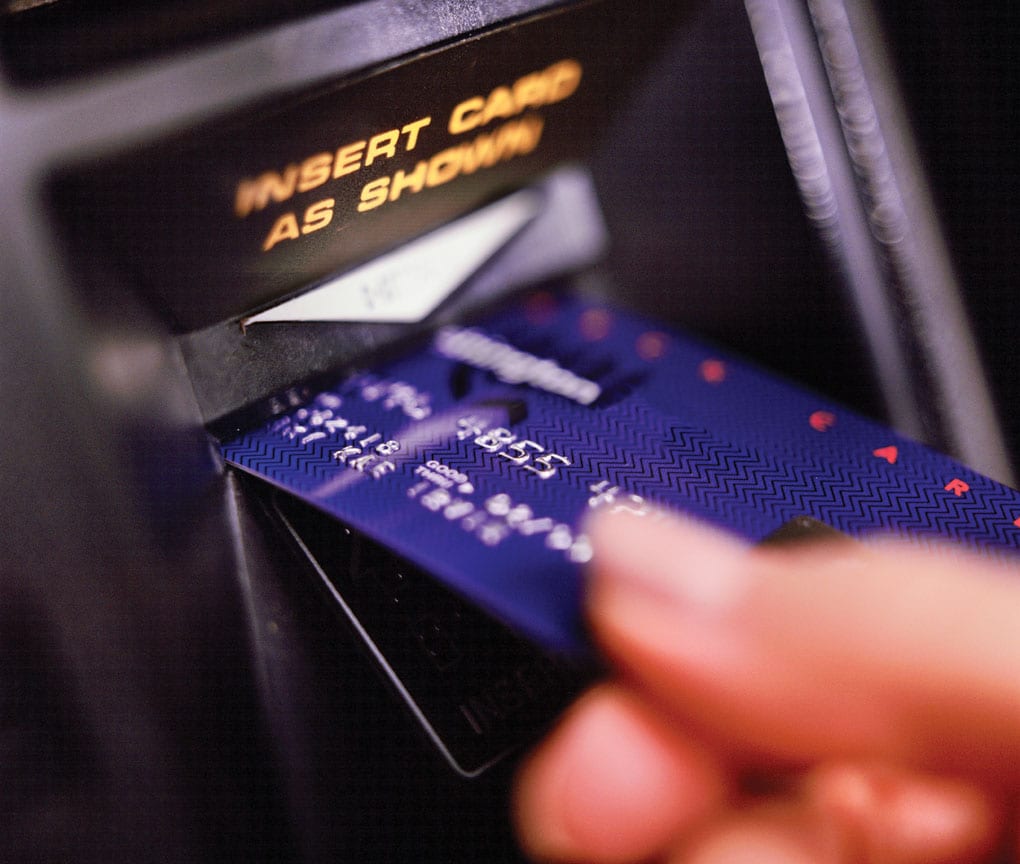 News surfaced this week that almost a dozen locals had been victimized by having their financial accounts hijacked with fake credit cards.

One of those residents who was affected by credit/debit card fraud was Tiffany Douglas.

Recently, Tffany’s husband noticed $700 dollars was withdrawn from his banking account. He was currently out of town at the time and his wife did not withdraw the money. Mr. Douglas called his bank and had the card cancelled immediately.

“This actually happened to my husband’s account, but it affected us all. We contacted the bank and had the card cancelled immediately. The next morning he went to the bank and they fixed it and had his funds back in his account within a few hours,” Douglas said.

Over the course of the weekend, the Bossier Financial Crimes Task Force received 11 reports of credit/debit card fraud. That followed a suspected cloned credit/debit card scheme investigation on March 9, and arrests made for financial crimes in February and January.

The suspects in the most recent case went to various ATM locations at local financial institutions and retail stores to withdraw cash from the victims’ accounts using cloned credit cards.

Sgt. Christopher Davis with the Bossier Financial Crimes task Force said there are currently three local financial institutions that have been affected by this crime.

Due to this is being an ongoing investigation, names of the three financial institutions will not be released.

It is unconfirmed at this time how the theft of the account numbers occurred. But investigators are leaning towards a skimmer device attached to local ATM machines.

“I’ve spoken to around 20 people today and every person that I have spoken to has said the same thing — they don’t put in their pin numbers, they always use credit,” Davis said.  “Our victims are here and the money is taken out here, that’s why I think it’s a skimmer. It happened here, locally.”

A skimmer machine can be installed and left by the thief, left behind, and retrieved at a later time. The information on the device can then be downloaded into a program and put onto a clone card.

“We don’t have a timeframe for when the people who recently got victimized. These bad guys can hold onto your stuff for an unknown amount of time. It is super scary,” Davis said.

Davis encourages residents to be vigilant when you are at an ATM or purchasing gas.

“When you are out and getting money out an ATM, check the ATM every time. Pull on it, make sure there’s nothing loose or wires exposed,” said Davis. “Same with gas pumps. If you see anything out of the ordinary and it makes you think ‘what in the world’ then call law enforcement.”

Detectives say over the course of two days, Saturday and Sunday, the suspects made 106 attempts to withdraw cash from an ATM; 19 of the transactions were approved for a total of $5,620 dollars stolen.

During a search of the car, task force members located dozens of re-encoded credit/debit cards hidden inside a panel of the vehicle.The teenagers are each charged with racketeering and 62 counts of monetary instrument abuse.

In February, detectives found that two suspects used cloned credit cards at an ATM location in Bossier Parish to withdraw thousands of dollars in cash defrauding victims in Texas, California, New York, and Michigan. Detectives say there was a total of 220 attempted transactions at the ATM; 40 transactions were approved for a total of just over $8,000 dollars stolen.

Marius Dinu, 30, and a 16-year-old juvenile male, both of Romania, were arrested in Texas on charges of 40 counts of bank fraud and 180 counts of attempted bank fraud each.