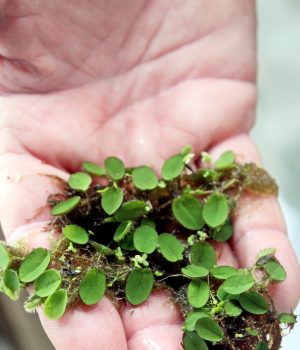 The Louisiana Department of Wildlife and Fisheries is setting a tentative date to draw down Lake Bistineau around early August.

“We’re going to do another flyover in mid-July,” he said. “You can probably bet on an early August date for a drawdown. That’s where we were last year and the year before. We will put out a press release and put it on TV, but I feel pretty confident early August.”

They will likely close the gates in late November, he said.

The management goal is to get the lake where it’s usable for everyone, he said. This is the reason for the drawdown.

“We work with what we have to get recreation out of the lake and to prolong the life of the lake,” he said. “One of the things we’ve talked about extensively is organic buildup.”

He explained the aging process of the lake where aquatic life flows into or grows dies off and floats to the bottom. With no oxygenated water getting to the bottom of the lake, he says, the organic material rots over time. The drawdown dries out that organic matter.

“We’ve combated all these problems for years and years,” he said. “The drawdown program helps combat the problem with salvinia, it helps combat the organics and it stimulates fish production.”

The more drawdowns are conducted, the more it stimulates the lake’s sports fish, he added.

Ronnie Christ, fisheries technician supervisor, says they all care about Lake Bistineau but they are fighting Mother Nature. He and Sibley explained that in its natural state, Bistineau is a swampland, and in 1937, the construction of the dam altered its natural state.

“The lake is wanting to die, and we’re trying to prevent that,” Christ said.

Sibley says the goal is no longer to eradicate giant salvinia but rather to manage it. So far, they have treated roughly 1,602 acres this year with herbicides.

Discussion also centered on different ways people are fighting the salvinia. Studies by Stephen F. Austin University are ongoing in an effort to create an herbicide from a specific salvinia enzyme. Others have tried a mechanical harvester to physically remove the salvinia.

Also underway by both LDWF and the Bistineau Task Force is the weevil project, which uses a specific weevil that is considered salvinia’s natural predator.

Sibley says they learned the fish in the no salvinia pond gained weight, while the carp in the other two lost weight. He says in the cage 100 percent covered, the carp lost the most weight because they wouldn’t eat the salvinia. All the carp started out at the beginning of the trial at the same weight and same size.

“They don’t like the salvinia,” Christ said. “They were eating mud off the bottom of the pond instead of eating the salvinia. They’re a really good biological tool, but there has to be something they’re going to feed on.”

Sibley has said they are using a combination of different strategies to combat the invasive aquatic plant, but so far, they haven’t found that magic strategy to get rid of it.

“We’re not walking away from Lake Bistineau,” he said.