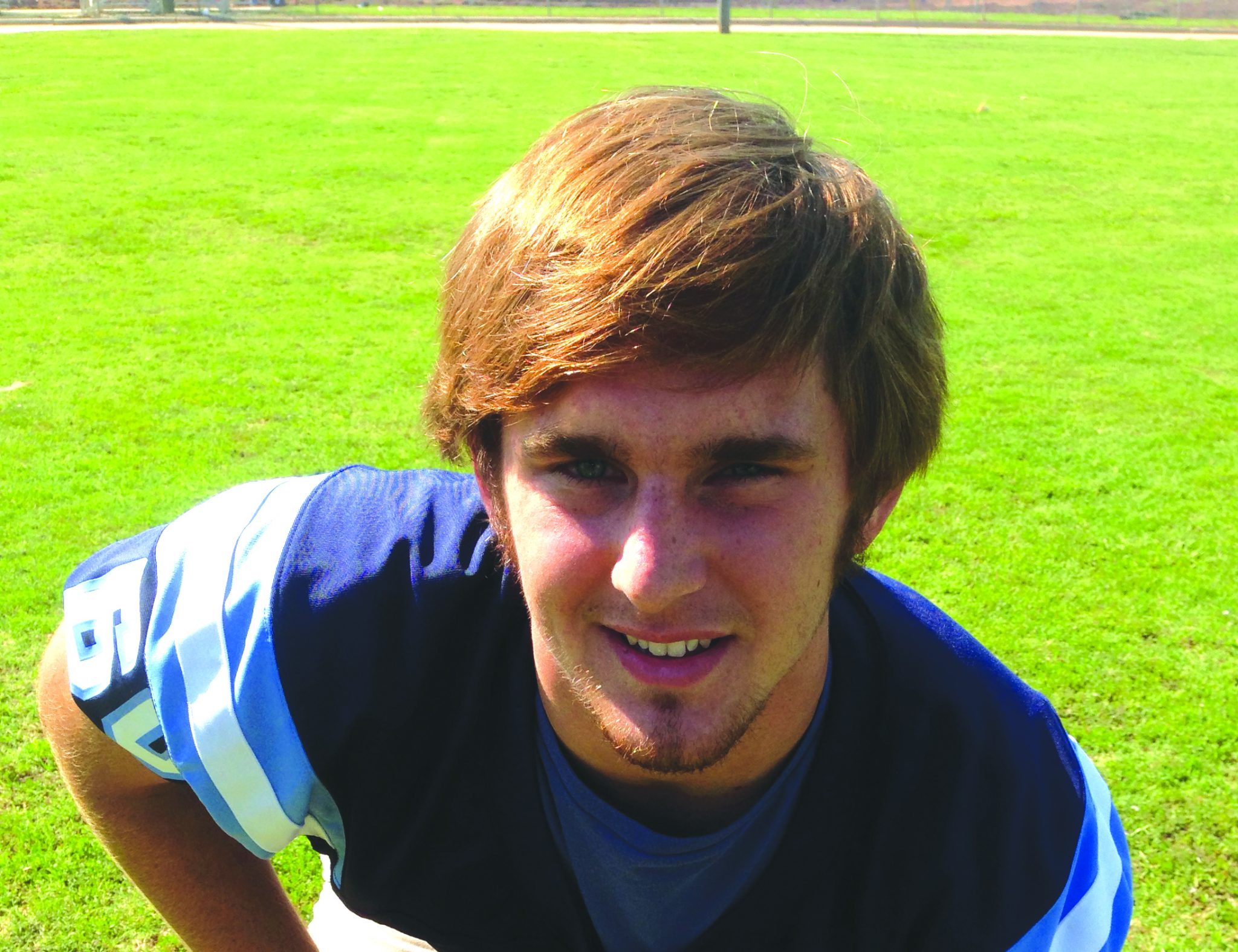 Airline’s Frick is huge part of the offense

Airline High School senior Holden Frick is the quiet unassuming master sergeant of the offensive line, teaching a host of underclassmen how to compete against often bigger, stronger and more experienced defenders.

Frick, a tackle, anchors the right side of the Viking offensive line, where he provides pass protection for the quarterback and blocks on running plays. He is one of only two returning starters on offense from last year’s 10-3 squad that shared the District 1-5A title and advanced to the quarterfinals of the state playoffs.

“It’s been really important having Holden on the offensive line,” said Coach Bo Meeks. “He’s the only returning senior on the line and one of only two returning starters on offense. While we have been breaking in a lot of new people, he has provided stability. He’s been a rock for us.”

Last year’s senior-laden offense typically worked like a well-oiled machine. With a new quarterback, receivers, running backs and linemen, the components of this year’s offense are not only having to learn their individual positions, they are having to learn to function as a unit on the fly against some tough competition.

At 6-0 and weighing 235 lbs., Frick more often than not is going against someone bigger and stronger, so he uses his intelligence, experience and training to get the upper hand.

“The strongest part of his game is his technique,” Meeks said. “It puts him in position to be successful on every snap. He is very good. Whether it’s pass protection or run blocking, he’s going to get the job done.”

Frick, the son of Doug and Angie Frick, got started in the sport at an early age playing Pee Wee football. Playing so long, especially as a two-year starter, he does a lot of things by instinct or habit.

“I think my strength is my determination and understanding of the game,” Frick said. “I feel I understand the game so well I do things off habit.”

His greatest challenge, Frick said, is going up against bigger or stronger defenders and using the proper technique to gain the advantage.

“I have an Airline blanket,” Frick said. “Ever since last year, I sleep with it. It’s my lucky blanket.”

His experience and work ethic rub off on those around him.

“He’s intelligent, extremely smart,” Meeks said. “He always gives great effort, he’s a really hard worker. He’s the lone senior on the offensive line, so the other guys look up to him because of his experience.”

With a young offense, the team is hoping to come together for a playoff run in a tough district.

While focused on the game at hand, Frick is also looking to the future and would like to play collegiately, ideally at Texas A & M, where his brother is a member of the Corps of Cadets.