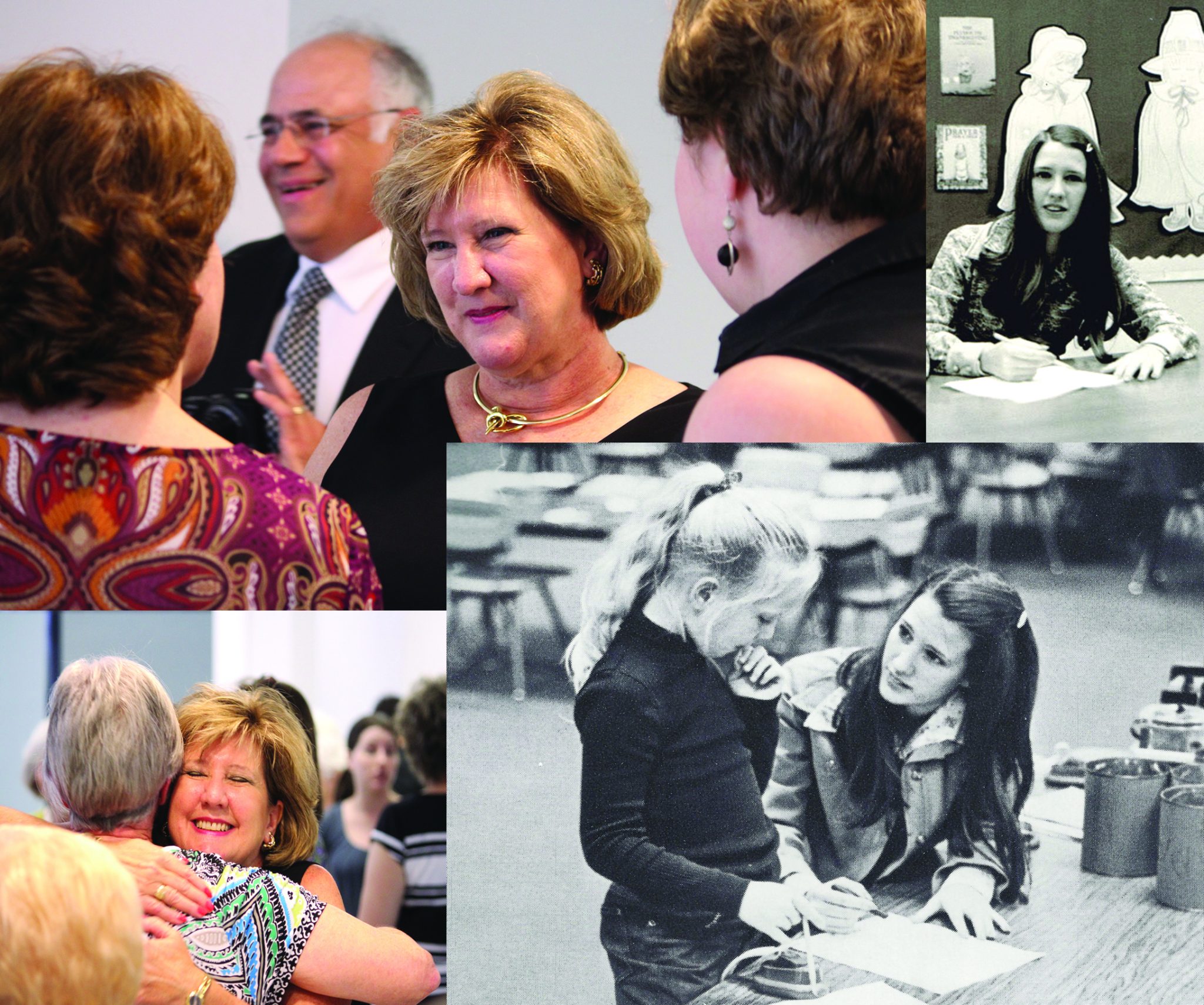 Sally Namie has devoted her entire life to education and making a difference.

As one of six children born to educators, she naturally developed a love for reading and books at a very early age. Namie also developed a philosophy and work ethic early on that she carried through out her career – to take each chapter in life as the next opportunity to become a great leader.

Her first opportunity came while attending Northwestern State University in Natchitoches, where she double majored in elementary education and library science. Namie became president of Alpha Lambda Delta, president of the Purple Jackets as well as Alpha Beta Alpha, served on the Education Council of NSU and graduated as valedictorian of the spring 1976 class.

Fresh out of college, Namie, known then as Sally Tanner, found her next leadership role at Sun City Elementary School as the Media Specialist, where she worked closely with all of the students in the kindergarten through fourth grade school.

Namie said her eight year career at Sun City is one that she will always remember.

“I got to see how children learned and developed very early on in their education,” she said. “Looking back, that experience really helped me as an administrator. It was an opportunity to see a bigger picture and the importance of building a strong educational foundation.”

Her next leadership role was one she held for eight years and one that made an impact on the entire school system. As the Assistant Superintendent of Curriculum and Academic Affairs, Namie was responsible for developing and implementing instructional programs for grades PreK through 12th. Among them include the creation of STEM (Science, Technology, Engineering, Math) programs, such as robotics clubs, middle school curriculums and engineering/cyber curriculums at the high school level, and expanding dual enrollment offerings, particularly those leading to computer/cyber security associate degrees.

She has had a hand in design ideas for several schools, including W.T. Lewis Elementary, Legacy Elementary, Haughton Middle (2015), Kingston Elementary (2015) and the Bossier Center for Technology and Innovative Learning (2015).

Namie has received many accolades in her career, including the Sue Hefley Educator of the Year Award from the Louisiana Library Association in 2001-02. The next will come on Oct. 19 as she is inducted into the Hall of Distinguished Educators at Northwestern State University.

While the honor itself is meaningful beyond words, Namie said it’s the fact that her sister, Sandra, nominated her that has her beaming with pride.

Despite a long and successful career, Namie said it’s time to retire. Rather than saying goodbye, she is reflecting on the years she spent doing what she loved most – living life with a servant attitude in order to help kids better themselves for the future.

Namie and her family were the guests of honor at a retirement celebration last week. School administrators and teachers from the past and present were there to show their thanks and appreciation for her years of service.

The impact that Namie has made in Bossier was clearly defined in a six minute video presentation, featuring just a few of the people she has worked closely with over the years.

In the span of those six minutes, it was quite clear that her leadership is what colleagues will remember most about her, a legacy that will forever live in the Bossier School System.

“Her legacy is all of our success,” Terri Johnson, principal of Elm Grove Middle School, said in the video.

Sherri Pool, principal of Curtis Elementary School, added: “You’ve challenged us and only made us better.”

Namie said her decision to retire came at a point where schools were seeing big changes at a local and state level.

“This has been a tough year for all of us as a district. I didn’t want to leave without feeling a sense of comfort.”

That comfort, she said, comes in the form of a special bond Bossier Schools has developed over the years.

“Our sense of family and unity is a strength we have,” she explained. “We have been able to create stability through changes and our leadership has gained us recognition throughout the state.”

She credited that success to the partnership Bossier Schools has with parents and community partners who settle for nothing less than the best.

“It’s not about our words. It’s about our actions,” she said. “People here don’t settle for second best. This school system has strong, progressive leaders that are taking them into a better future.”

So what’s coming in the next chapter of life? Namie said she plans on spending a lot of time with her family, husband and son, who is now a senior in high school. She also plans to relax a little, play a few more rounds of tennis and take on each day as it comes.

Namie said it’s her relationships and friendships acquired over three decades that she will miss most.

“I will miss people the most,” she said. “I will miss the sense of working together as a team and pulling together for a common goal. However, it’s their time to take the lead. They have been trained well and are ready for their turn at becoming great leaders.”