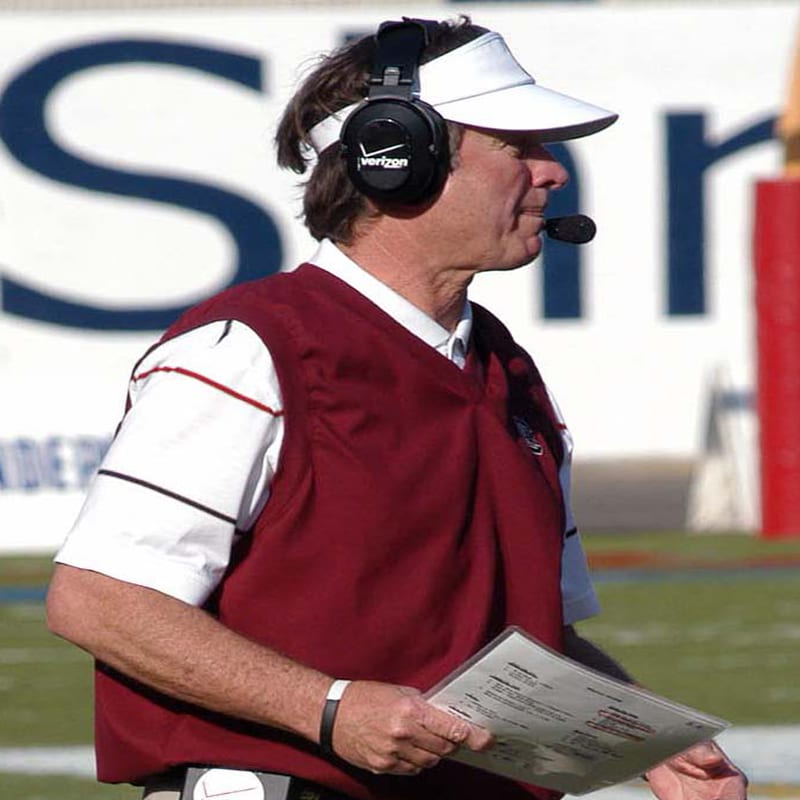 Steve Spurrier is a master of one-liners, unapologetically honest and unquestionably one of the most successful and influential coaches in college football. And he will be in town on August 9 to speak to a crowd of hundreds during the 8th Annual Independence Bowl Foundation Kickoff Luncheon.

The winningest coach in the history of the University of Florida and University of South Carolina football programs is royalty in the sport where he has achieved so much. In fact, he is being inducted into the College Football Hall of Fame this year for his contributions as a coach, having already been inducted into the Hall of Fame as a player back in 1986.
As a quarterback, kicker and punter at Florida, Spurrier earned All-America honors in consecutive seasons and took home the most coveted individual award in college football – the Heisman Trophy – as a senior.

After playing 10 NFL seasons, Spurrier took to the coaching ranks, eventually landing at Duke in the late 1980’s, taking that program to heights it hadn’t seen in decades. When the opportunity presented itself to take the head job at his alma mater, he jumped at it and never looked back.

Spurrier’s “Fun ‘n’ Gun” offenses revolutionized the sport of college football, and behind the arm of Heisman Trophy-winner Danny Weurffel, the Gators took home their first national championship in program history in the 1996 season.

After a short stint in the NFL with the Washington Redskins, Spurrier succeeded another legend and 2012 Kickoff Luncheon speaker Lou Holtz at South Carolina, and again just like his previous collegiate stops, took the program to unprecedented success.

During a stretch of four seasons, the Gamecocks won the SEC East, and followed that up with three-straight 11-win seasons, all firsts in the program’s history. In his first season and final full season in Columbia, Spurrier brought the Gamecocks to Shreveport-Bossier’s postseason tradition – the Independence Bowl.

During all of his success, Spurrier became well-known for his jabs at opponents and never sugar coating his own squad’s performances, and he brings decades worth of stories from coaching and playing to town for the Kickoff Luncheon.

The event will be held at the Shreveport Convention Center, where doors will open at 11 a.m. and the program will start at 11:45 a.m. Tickets are $50 and include lunch, and tables of eight can be purchased for $400. Tickets are available online at IndependenceBowl.org or by calling 221-0712.

True to its name, the Kickoff Luncheon kicks off an incredibly busy month of August for the Independence Bowl Foundation. The next event on the agenda will be the Kid Combine, which will be set up at Wheels in the Hills at Betty Virginia Park on Friday, August 18 from 6-9 p.m. and Saturday August 19 from 8-11 a.m.

The Kids Combine is presented by Raising Canes Chicken Fingers and is open to kids ages 5-13. It features four different events: a 40-yard dash, a shuttle, a passing drill and a catching drill. The kids will be scored by age group with opportunities to win prizes.
Later in the evening of the 19th, the Foundation will host the 11th Annual Trivia Night at Savoie’s The Catering Place. Individual tickets are $30 and include dinner provided by Savoie’s. Tables of eight are $240.

Teams will test their knowledge in a variety of subjects, including college football (of course), sports, history, entertainment and more. Besides bragging rights, teams are competing for tickets to the 2017 Independence Bowl.

On Thursday, August 24, the Northwestern State Demons Kickoff Luncheon will be held in conjunction with the Independence Bowl Foundation at Superior’s Steakhouse beginning at 11:45. Come out and hear about the upcoming Demons season from head coach Jay Thomas and athletic director Greg Burke.

Finally, on Saturday, August 26, the Foundation will host the annual Kickoff K’s – a 5k and 10K – that will begin and end at Betty Virginia Park, with the races set to begin at 7a.m. The races are put on by Sportspectrum and participants can register by going to runsignup.com and searching for Independence Bowl Kickoff K’s. Cash prizes for top finishers will be awarded.

Numerous volunteers from the membership of the Independence Bowl Foundation will help to put on all of these events, and many other events throughout the year, during bowl week and during the game itself. To find out more about membership in the Foundation and how you can get involved, visit IndpendenceBowl.org or call 221-0712. 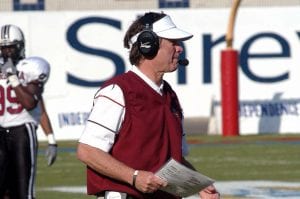