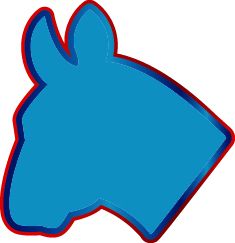 The Maryland mall shooter was an animal rights activist. Darion Marcus Aguilar, the man who shot and killed two people and himself at a clothing store in Columbia, Maryland, on January 25, opposed slaughtering animals, but didn’t mind slaughtering people. His victims were Brianna Benlolo, 21, and Tyler Johnson, 25.

In his journal, the 19-year-old who liked to smoke marijuana, wrote that he hated other people and wanted to die. His writings indicate he knew he needed some help for mental issues and he apologized to his family for what he was about to do. What he was about to do was assemble a shotgun in a skateboard shop dressing room and begin shooting.

All of this happened in a state where, had the skateboarding doper lived, he would not have faced the death penalty. That’s because the “progressives” running Maryland have eliminated capital punishment. And oh, by the way, the state has “tough” gun control laws, but those didn’t stop the murders. Aguilar’s purchase of the shotgun was perfectly legal.

The Maryland governor, Martin O’Malley, recently delivered his “State of the State” address and devoted most of it to what he described as “the accomplishments of his tenure, including legalization of same-sex marriage, repeal of the death penalty, and passage of one of the toughest gun-control measures in the nation.” Those “tough” measures had no impact whatsoever on the mall shooter.

In spite of what O’Malley lists as his “accomplishments,” the mall shootings have not been portrayed by the mainstream media as a blot on the governor’s record, even though he ran for office on a tough-on-crime platform. Still, some failures by the man who is the poster boy for liberalism are impossible to ignore.

The January 24 edition of the Washington Post examined O’Malley’s “accomplishments” and told readers about the governor’s healthcare website debacle. “O’Malley said his administration has learned from the failures of the online health insurance exchange, which crashed on its debut Oct. 1,” the newspaper noted. Post columnist Petula Dvorak asked, “How could this epic bungling have happened in a state that often oozes self-satisfaction with its progressive policies, led by a governor who considers himself a 2016 presidential contender?”

Dvorak insisted, “Hubris, vanity and plain incompetence all played a role and have cost tens of thousands of Marylanders health coverage for months. Some of these folks have heart conditions, diabetes or other chronic health problems and need treatment that they can’t afford.”

Maybe the answer lies in the “progressive” policies that liberals say are good for us. To the credit of the Post, the paper ran an investigative piece on January 11, noting that “More than a year before Maryland launched its health insurance exchange, senior state officials failed to heed warnings that no one was ultimately accountable for the $170 million project and that the state lacked a plausible plan for how it would be ready by Oct. 1.”

In another example of liberalism gone amok, Maryland State Senate President Thomas V. “Mike” Miller has endorsed the legalization of marijuana. A local Maryland paper, the Towson Path, reported last May that Miller supported the old liberal canard, “medical” marijuana,” saying “I’ve got a fractured nerve in my tooth right now. I wouldn’t mind a toke myself.”

The Marijuana Policy Project (MPP) has opened a Maryland branch, the Marijuana Policy Coalition of Maryland, to lobby for a bill to legalize marijuana. Meanwhile, the results of a long-term study released by the National Institute on Drug Abuse (NIDA) found that persistent marijuana use reduced IQ by eight points and that cutting back later in life did not fully eliminate the IQ loss.

The NIDA study also found that “A number of studies have linked chronic marijuana use and mental illness. High doses of marijuana can produce a temporary psychotic reaction (involving hallucinations and paranoia) in some users, and using marijuana can worsen the course of illness in patients with schizophrenia.”

Before Senator Miller “tokes” for his toothache, he may want to check with Dr. Asaf Keller of the University of Maryland, right there in Miller’s home state. Keller’s research finds that marijuana can cause permanent brain damage and trigger mental illness.

Keller, professor of Anatomy and Neurobiology at the University of Maryland School of Medicine, says, “Over the past 20 years, there has been a major controversy about the long-term effects of marijuana, with some evidence that use in adolescence could be damaging. Previous research has shown that children who started using marijuana before the age of 16 are at greater risk of permanent cognitive deficits, and have a significantly higher incidence of psychiatric disorders such as schizophrenia. There likely is a genetic susceptibility, and then you add marijuana during adolescence and it becomes the trigger.”

Keller’s new research confirms that “regular marijuana use in adolescence, but not adulthood, may permanently impair brain function and cognition, and may increase the risk of developing serious psychiatric disorders such as schizophrenia…”

So, liberals in Maryland have enacted “tough” gun controls laws that didn’t stop a dope-smoking murderer from killing two innocents in a mall. In addition, they are lobbying for the legalization of a substance that may have led to the mental illness of the killer. But, as always, liberals know more than you. They never learn their lesson about cause and effect. Gun control laws hurt law-abiding citizens and help criminals. Marijuana, under the guise of “medical,” hurts far more than it helps.

The final straw? No capital punishment. Again, cause and effect tells you, when someone sheds innocent blood and the death penalty is administered, there is no repeat offense.