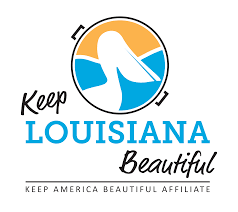 “Nine out of 10 calls I get daily are from people who are passionate about cleaning up our state and they want to know how to help. Today, we discussed short term goals such as identifying all local and parish litter ordinances as we have already started working on our mission to have a cleaner Louisiana,” said Lieutenant Governor Nungesser, Chairman of the Statewide Litter Abatement and Beautification Task Force.

During the 2021 Regular Legislative Session, the governor and lawmakers also placed the funding for Keep Louisiana Beautiful under the Office of the Lieutenant Governor.

In January, Governor John Bel Edwards issued an executive order creating the Statewide Litter Abatement and Beautification Task Force. It consists of 26 members representing state agencies, law enforcement, education, tourism and others. Additionally, Governor Edwards has declared every fourth Saturday of each month in 2022 as a Community Litter Action Day. However, if you cannot participate then, you are encouraged to choose another day to pick up litter in your community.

Keep Louisiana beautiful is also spearheading “Love the Boot Week” April 18-24, 2022. A task force update will be given to the public at that time.

The Statewide Litter Abatement and Beautification Task Force will meet monthly, delivering a report to Governor Edwards by July 1, 2022. The task force meets again on Wednesday, April 13, 2022, at 8:30 a.m. at Capitol Park Museum. It is open to the public.