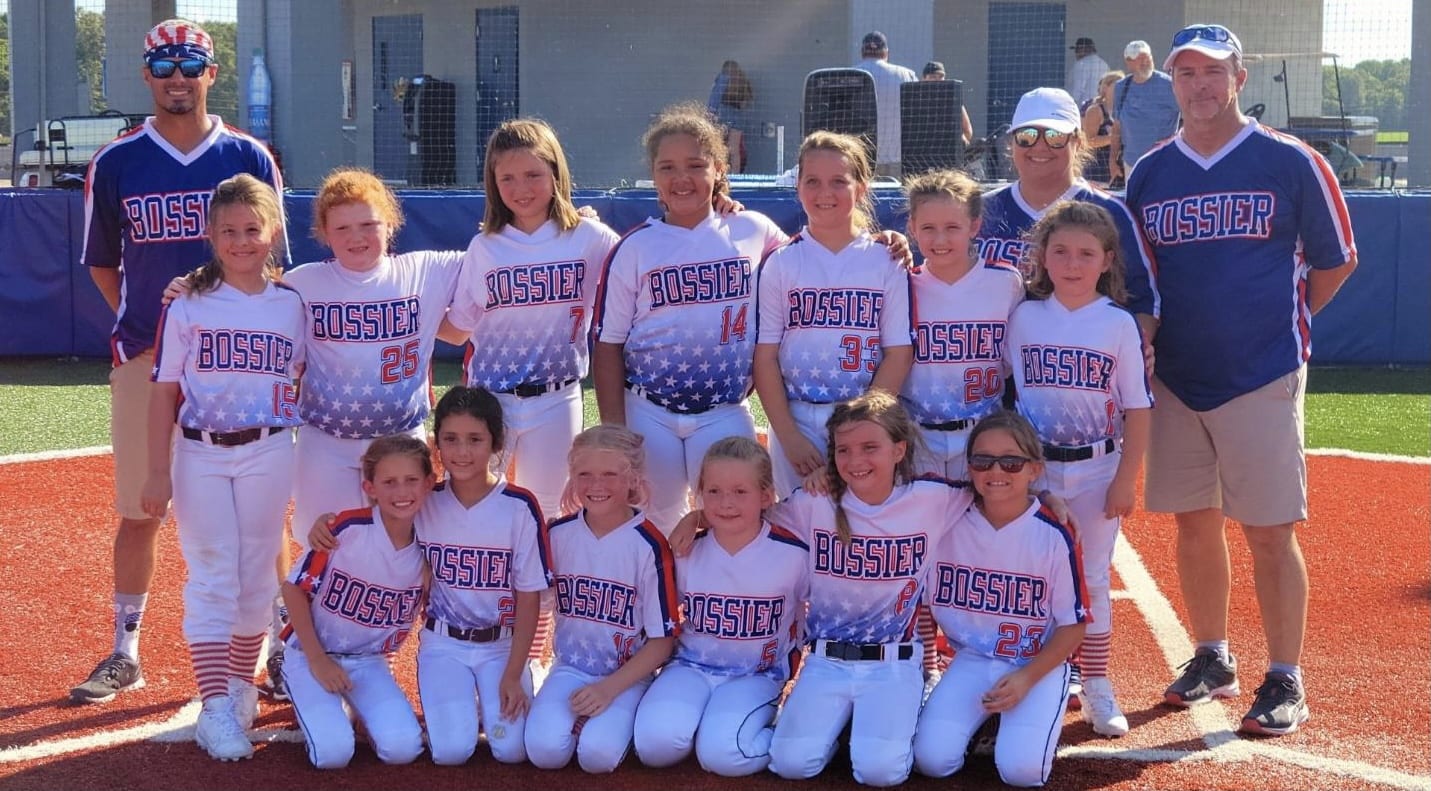 The Bossier All-Stars reached the semifinals in a 7/8 Little League District tournament last month in Sterlington.

Here is a recap of the tournament submitted by April Moody.

“In game 1, Bossier LL All-stars (home team) came out hitting strong against a feisty Shreveport team, driving in 8 runs in the first inning and holding on to WIN by a run 16-15. Game one offense was powered by the whole team achieving hits and multiple hits recorded by a few, and no strikeouts were recorded.

“They advanced to the quarterfinals, where they would once again be a home team and face strong defensive play and hard-hitting from an undefeated Jackson Parish squad. Bossier battled back with big hits and two on base at the bottom of the 6th but could not secure the win.

“Game 2 offense vs. Jackson parish all-stars was led by Jazz Fuller, Landry Denton, Madalie Davis, and Holly Walters, each achieving in the park home runs, but it could not match the strong defense of the Jackson Paris All-Stats. Jackson handed the Bossier team their first loss of 2021.

“The BIG Semi-final matchup would be between the Shreveport squad, which dominated in the losers bracket and sought revenge in this matchup. Game 3’s offense was led by Jazz Fuller, Tinley Lyles, and Sullivan Moody, each managing to get hits at each at-bat. Shreveport LL All-Stars were sure-handed in the field, defeating the Bossier Little League All-Stats to advance, guaranteeing them a spot in the LA Little League State Tournament in Broussard.

“As a community, though, we would like to take the time to recognize the extreme generosity of the Head Coach of Bossier Little League Bella Mafia, Coach William (Bubba) Sessions, who gave of his time and expertise in coaching to lead the team to an undefeated season.

“Bubba had no entity in the team and volunteered countless hours to these 7/8-year-olds and coaching 5/6-year-old T-ball Bella Mafia in Benton. If anyone has been around the game in today’s world, coaches like Coach “Bubba” are few and far between.

“Most competitive youth teams require parents to spend enormous amounts of money to achieve this type of coaching. Parents want nothing more than to see their children grow in something they are passionate for, and passion is exactly what he has instilled into this team.

“His coaching extended far beyond softball as he taught them life lessons that they will carry with them on and off the field. Bossier parish is extremely fortunate to have a man willing to dedicate time and money to girls’ sports in this area.”

“The Bossier Little League team indeed showed up and represented Bossier Parish, finishing their season at 17-2.”

NOTE: Information on youth tournaments and photos may be sent to rhedges@bossierpress.com.