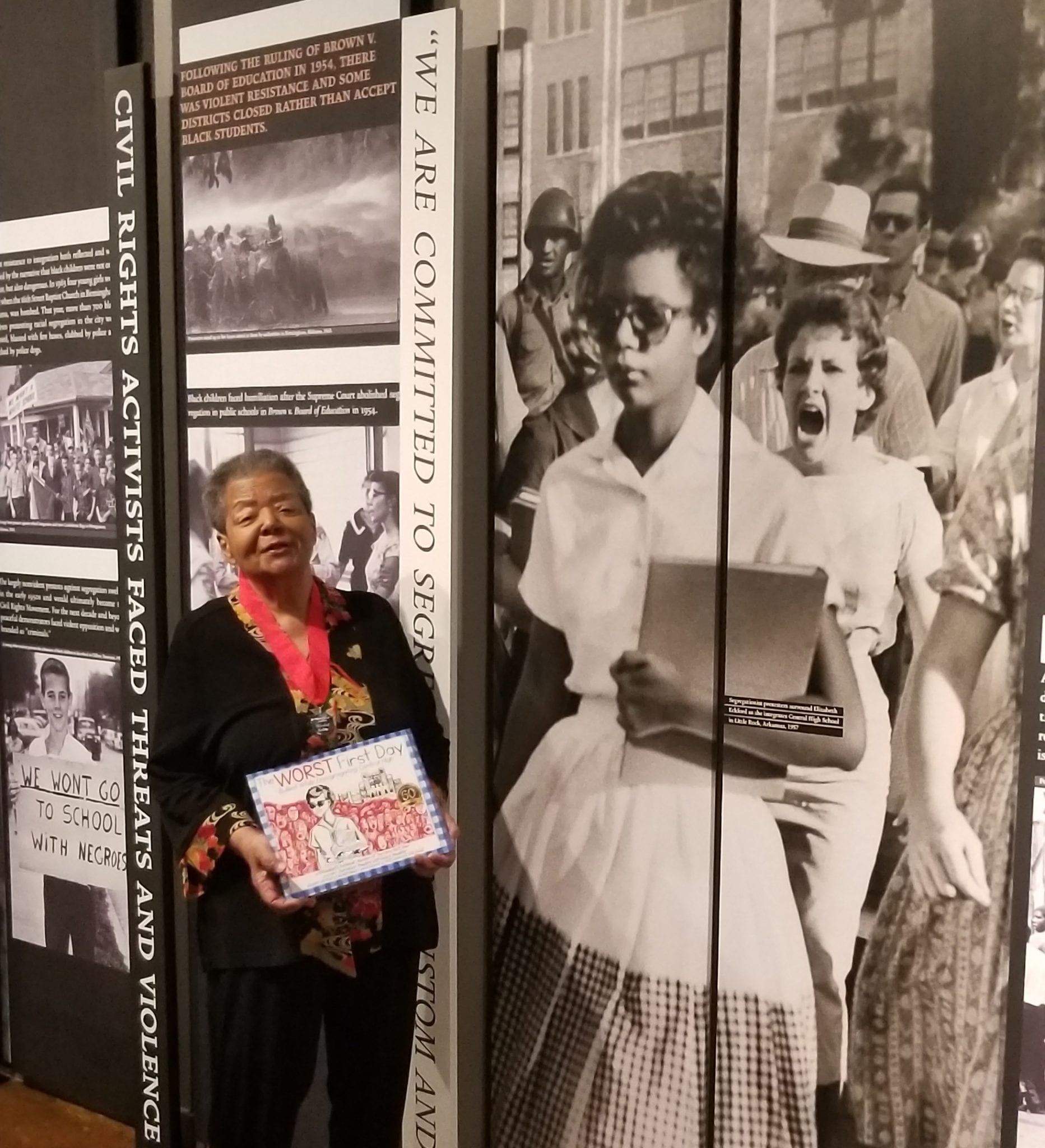 A member of the Little Rock Nine gave students a new perspective on overcoming adversity during a special speech Tuesday.

On Sept. 4, 1957, the 15-year-old Eckford was one of the nine students that were to be integrated into at Little Rock Central High.

She was blocked from entry by Arkansas National Guard soldiers under the direction of Governor Orval Faubus and faced an angry crowd.

“They said awful things to me — ‘Lynch her! Lynch her!’” Eckford recalled.

She remembered seeing a white woman with a kind face among the crowd. When Eckford approached her, she said the woman spat on her.

“I was terrified,” Eckford said.

The Little Rock Nine did not attend school that day on Sept. 4, 1957. On Sept. 23, after demonstrations and attacks at the school, President Dwight D. Eisenhower sent in military, the 101st Airborne, to ensure the safe passage of Elizabeth and the other members of the Little Rock Nine.

“Our being there was a direct affront to white supremacy,” said Eckford.

Many assume the story ended with their entry into school, but that was only the beginning. Elizabeth and the Nine were bullied and terrorized by fellow students, parents, teachers, school administrators, and citizens for the entire school year.

Eckford attended Central High only one year. The next year, the Little Rock School District closed all schools rather than continue with integration.

After leaving Little Rock, Eckford served in the Women’s Army Corps (WAC) and as a probation officer. Her awards include the Congressional Gold Medal, America’s highest civilian honor.

“Remember my first day at Central the next time you are having a bad day at work or at school. When faced with adversity, follow my lead and walk past hate,” Eckford said.

As a member of BPCC’s Rotaract, Tamera Pollard knew it was essential for her to hear what Eckford had to say. After hearing her own great grandmother’s personal experience during 1957, Pollard wanted a different perspective on those same types of stories.

“It was amazing to hear Mrs. Eckford’s story today. I heard stories about what she went through when I learned about this in high school and when my great grandmother would tell me her personal stories. But to get these stories from a second point of view, other than my great grandmothers, it brings tears to my eyes. It’s amazing that she’s still here,” Pollard said.

Also in the audience to hear Eckford speak was Shonda Houston-Dotie, director of youth programs at Volunteers for Youth Justice in Shreveport. Hearing first-hand the significant impact Eckford made in Little Rock in 1957, Houston-Dotie said she believes Eckford’s story will empower students of today.

“I was inspired today. I feel like students need to see and hear these real life experiences of what happened during the Civil Rights era. And to be able to hear a living legend to speak of her experiences, I think it will empower these students who are in the leadership academy to take on issues that they feel very strongly about,” Houston-Dotie said.

Eckford’s memories of the 1957-58 school year at Central are told in “The Worst First Day: Bullied While Desegregating Central High,” written by Eckford with Eurydice Stanley and Grace Stanley of Pensacola, Fla.