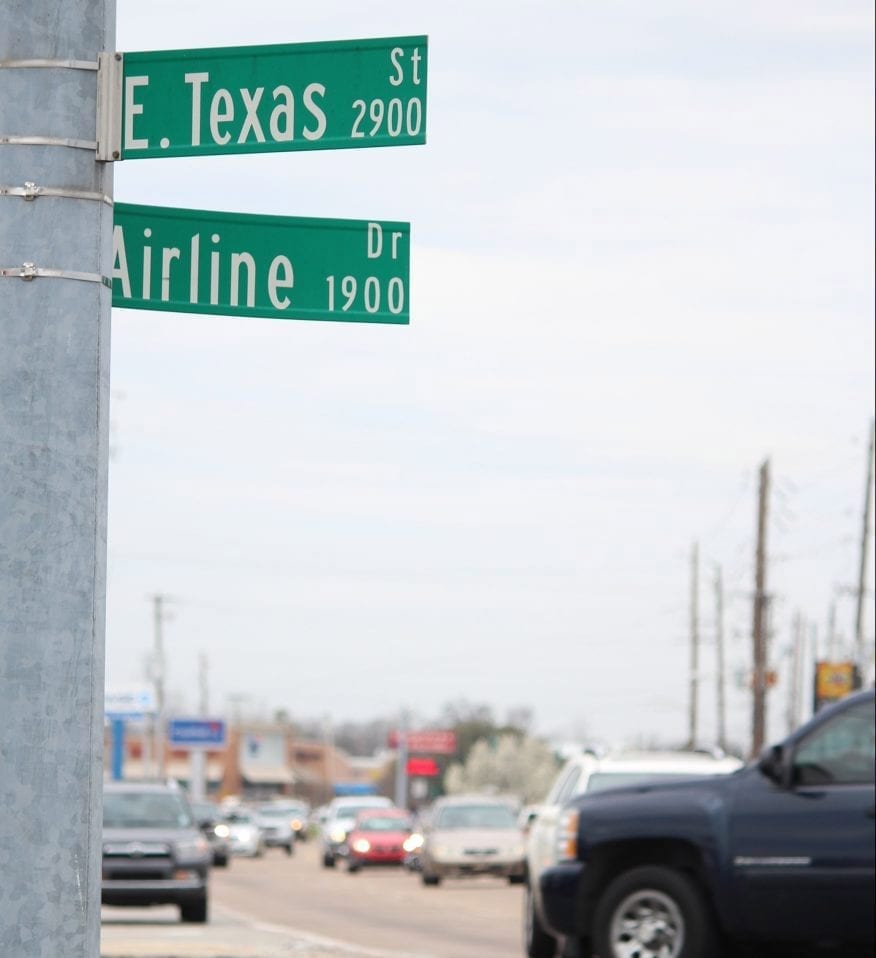 Traffic congestion has long plagued the residents of Bossier and one local business man has started a conversation aimed at solving the problem.

He said part of the reason he created it was a joke, pointing out the passage about needing bail money if he started bulldozing intersections, but he also wanted to see what type of response he would receive from locals.

“While the traffic in Bossier is getting worse and as our population grows, the holidays exacerbate the issue. In creating the GoFundMe page, I was very curious to see what level and type of response I would receive. The emails, texts and Facebook comments were overwhelming,” Petzold said. “While those that know me knew I was half-joking about the entire concept, they agreed that we should consider the concept.”

As a resident of Bossier City, Petzold said he avoids Airline Drive and Swan Lake Road completely. Noting the congestion and accidents caused by the number of businesses, intersections and traffic lights.

“I avoid Airline Dr. at all costs nowadays and use back roads or shop elsewhere when needed. The congestion on Airline is beyond just prime time driving hours – it extends throughout the day and into the evening.  During the weekend or a holiday, it’s intensified even further,” he said.

He chose roundabouts specifically from his experience living in the UK for a year and experiencing roundabouts in the U.S., pointing out the ones near the Louisiana Boardwalk Outlets and Margaritaville rarely have congestion.

“The entire goal of the roundabout is to keep traffic flowing. This city was not initially designed for this type of growth, and unfortunately our solution has been to been to put in additional traffic lights instead of handling the problem with a broader plan in mind,” Petzold said. “Instead of more lights, locations like Swan Lake Road and Modica Lott, Airline Drive and Beene Boulevard, Airline Drive and Viking Drive, could be solved by changing those intersections to roundabouts.”

After creating the GoFundMe page, Petzold said he did speak with a couple of Bossier officials. He said that in both cases, a “smile and pat on the back” is what he received.

“There was no push to consider my solution. In the past, I’ve specifically brought up the issues of traffic on Modica Lott and Swan Lake Road and I’ve been told that plans are in place, but the only way to definitely get a street light put in, and put in quickly, would be if someone dies at the intersection,” he said.

Bossier City Engineer Mark Hudson notes that there are projects underway to relieve congestion and more roundabouts will be introduced into the city.

“The first roundabout to be constructed will be at U.S. 80. Roundabouts are safer and they handle traffic much more efficiently and the beauty of them is you will never get a red light,” Hudson said.

As previously reported by the Press-Tribune, the Walter O. Bigby Carriageway project, which will create a loop around Bossier City from Arthur Ray Teague Parkway to Benton Road, will include three roundabouts. Those roundabouts will be created at Texas Street, Hamilton Road, and Shed Road to allow drivers to get on and off the extension.

However, Petzold hopes to see more action taken to find solutions like this.

“I’d like to see a town hall meeting put on the schedule where all official parties who would need to be involved meet with the residents of Bossier City to discuss and truly acknowledge the issues of congestion. I’d like to understand why our street lights aren’t timed or censored like in other, larger cities.  Also, since some roads are city-, parish-, or federally-owned, we need to understand what parties need to be influenced to consider future changes,” Petzold said. “I’d also like to see if roundabouts, or a case study of the success of roundabouts, could be seriously considered.  I’d like to understand what our current, short term and long-term plans are for the city’s infrastructure given the growth we’ve had and will continue to have over the coming years.”