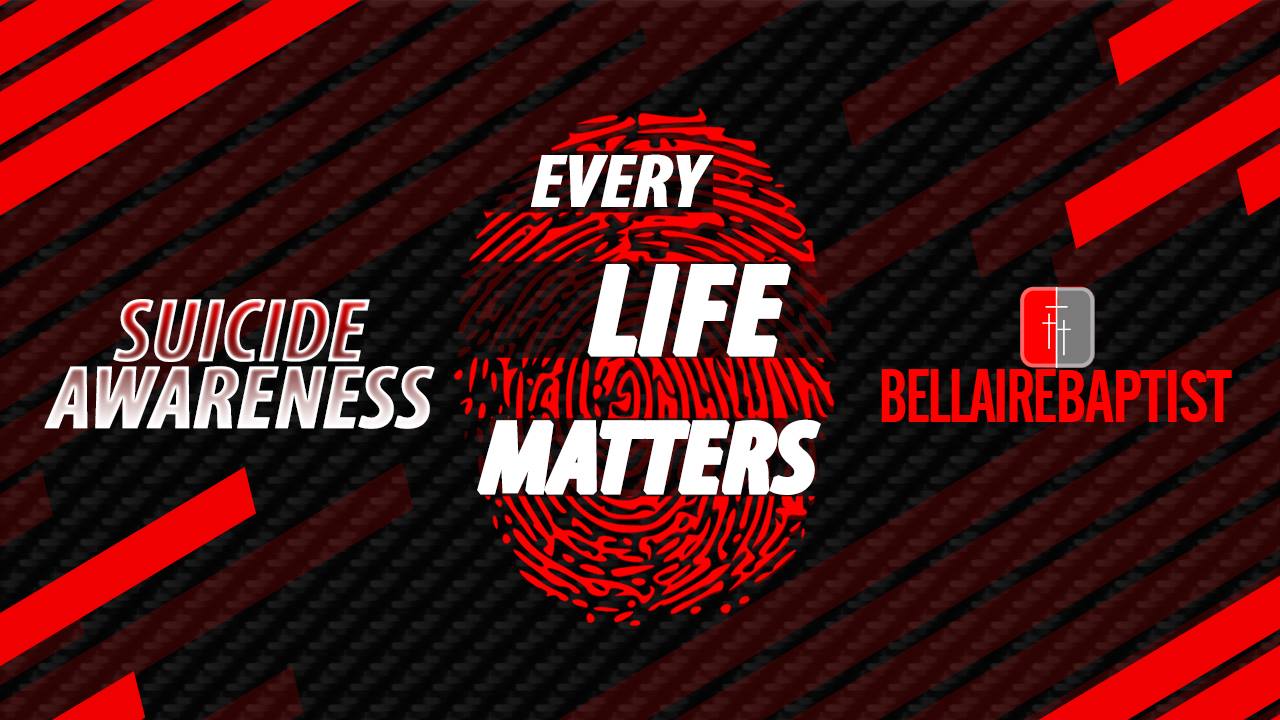 A local church is hoping to shed a light on suicide awareness and prevention through a public seminar.

Bellaire Baptist Church will host clinical psychologist William Schmitz Psy. D of Baton Rouge Thursday, Jan. 28, at 6 p.m. at their main campus, located at 1210 Bellaire Blvd. Topics to be discussed include warning signs of suicide, what to do with a suicide threat, things parents can do to help and where to get help. Dr. Schmitz will also talk about social media and the role bullying plays in suicides.

“This will address some of the concerns people have in this area related to suicide,” Pastor Randy Harper said.

The Centers for Disease Control and Prevention (CDC) website says there were 42,773 suicides reported in 2014, making suicide the 10th leading cause of death for Americans. In that same year, someone in the U.S. died by suicide every 12.3 minutes on average.

This is the first suicide awareness seminar Bellaire has hosted. Harper said he’s bringing in an expert to speak because he’s concerned about the decisions teens are making.

He hopes this seminar will reach that target audience and more.

“We’ve had some issues and it concerns me,” Harper said. “That really motivated me to do something.”

Dr. Schmitz is a licensed psychologist in the state of Louisiana and provides clinical services to patients who are regularly at high risk for suicide. He also serves on the Board of Directors of the American Association of Suicidology (AAS) in the capacity of Past-President since his Presidential term concluded (2013-2015).

Bellaire has also partnered with Bossier Schools for a workshop on suicide prevention Friday morning. All PreK-12th grade counselors in Bossier Schools will hear from Dr. Schmitz as he addresses warning signs, discusses the roles of social media and bullying in suicides, how to handle suicide threats and help that is available.

Ultimately, Harper said the goal is to get help to those who truly need it before it’s too late.

“I would like to see a cooperative endeavor of people working together to solve this problem,” he said. “We have to try to find a solution and answers to eliminate this problem.”

The seminar is free and open to anyone who is interested.