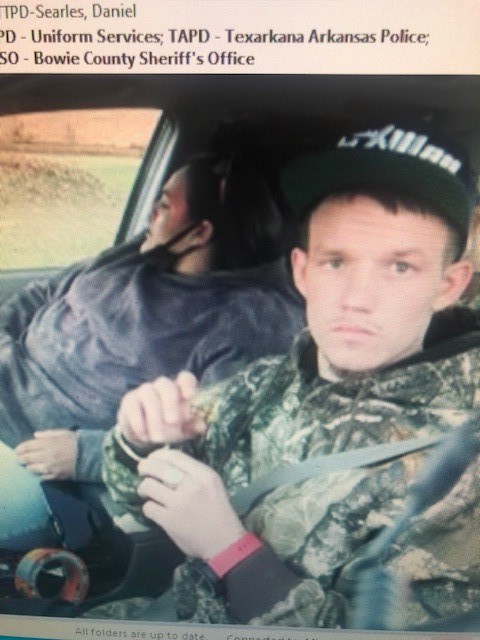 Local authorities are alerting the public to be on the out for this man, Bobby Henry, III, who has several warrants out for his arrest for auto thefts and burglaries in Bossier Parish and Texarkana, Texas.

Officers with the Bossier Sheriff’s Office and the Haughton Police Department are looking for Bobby Henry, III, on several warrants, including one for a stolen vehicle out of Texarkana, Texas.

Detectives with the Texarkana, TX., Police Department say, Bobby Henry, III, 29, and Chelsea Remedies, 23, are wanted for the theft of Brown Honda Civic and for stealing a purse from an elderly lady at the Wal-Mart in Texarkana on Jan. 29. The pair is also wanted for a string of thefts from the Lowes, Home Depot, and Academy Stores in that area.

Detectives with the Bossier Sheriff’s Office say the pair drove to Bossier City and pawned some of the stolen items at a local pawn shop on Jan. 27. Then on Jan. 29, Henry and Remedies are responsible for a vehicle burglary on Bellevue Road in Haughton.

And just this morning, the suspects were spotted driving the stolen vehicle by a Haughton Police officer, who then initiated a vehicle pursuit. After a short pursuit on the roadway, the two then drove the stolen vehicle off-road into the woods, where they crashed into a tree near Union Texas Road and Barksdale Air Force Base. Remedies was immediately taken into custody, but Henry fled the scene on foot. Bossier Sheriff’s Office, Haughton Police Department, Drones, K-9 Units, Medics, and Security Forces from Barksdale were on scene, all searching for Henry.

Henry is still at large at this hour. He was last seen wearing a green t-shirt, black pants, and no shoes. Detectives are asking for anyone with information on the whereabouts of Henry to please contact the Bossier Sheriff’s Office at (318) 956-2203.