Today, 50 years ago, not far from Bossier-Shreveport, a tragedy shaped a generation.

On Nov. 22, 1963, President John F. Kennedy was cut down in his prime by an assassin’s bullet during a parade in Dallas, Texas.

While the shadow of the Cold War loomed, memories of WWII were in the past and those of the Vietnam War were yet to come. It was for many young people, their first taste of mortality.

And so it was for one Bossier resident and native of Dallas, who witnessed what would become Kennedy’s last moments alive.

Sherrie Johnson was a 15-year-old sophomore at Hillcrest High School when she skipped class to see the Presidential motorcade make its way through downtown Dallas.

“We went because it was a moment in time, it was history, but then it became a different kind of history,” she said. 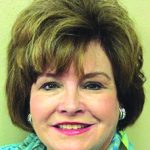 Sherrie was invited to go to the motorcade by her friend and school paper photographer Barry Bloom for the 1963-64 yearbook to record Kennedy’s visit.

She was in the crowd for the start of the parade at Lemon and Turtle Creek.

“It wasn’t jam packed with people, but it was starting to get that way because we were close to the start of the parade route. People cheered when he drove by, everyone was very excited for him to be there,” said Johnson. “I was cheering and yelling, too!”

“We saw the happy, rah-rah part. I remember Jackie, she was so beautiful and an icon. And being a young girl, I was very impressed by that,” said Johnson.

After the motorcade passed, Johnson and the rest of the yearbook staff headed for lunch at a local restaurant and then back to school. The whole time, they were unaware of the piece of U.S. history that happened a few miles away.

Nervous about going back to class because she didn’t have an excuse, that emotion was soon replaced by chaos and disbelief.

“We had just been to this exciting thing and we walked into the hall at school and it was controlled chaos. Someone said to me, ‘They just announced President Kennedy has been shot.’ Then, everything changed,” Johnson said.

She said the prevailing emotion of the school was numbness.

“What we saw was picture perfect, and then to hear about it, violence was not a part of our life,” said Johnson. “Everybody was in shock. There were no crisis counselors, no intervention. No one knew how to handle anything.”

When highly respected CBS news anchor Walter Cronkite announced to the nation that Kennedy had died at 1 p.m. CST, Sherrie’s world, just like the rest of America, stopped spinning.

“It was very quiet, it was like someone (in the school) had died,” said Johnson. “We did not go home early, we just talked. The teachers were trying to deal with it and keep the classes calm and get a grip on what happened. They were just making it through the day.”

When classes ended and she went home, the mood was grief stricken. Compounding the situation was the serious injury of Texas Gov. John Connally in the attack, who were family friends to her parents.

“They were mourning President Kennedy and we were friends with the Connally’s, so it was this double whammy,” said Johnson.

The situation became even more personal when her mother was shocked to find out Sherrie had been to the motorcade without her mother’s or her father’s knowledge.

“I was in trouble because I didn’t have permission to be there and when my Mother found out she was panicking because I was there,” said Johnson. “I told her, ‘It’s okay, I wasn’t where it happened.'”

Three days later after his assassination, Kennedy is laid to rest with full military honors at Arlington National Cemetery in Virginia. Slowly, things returned to normal and people bounced back, as they always do in the wake of a tragedy.

But for Sherrie and many of her peers, it has left a legacy of loss.

“It was a tragedy for our community and something that will always be,” she said.

In fact, it left such an imprint on her, that she hasn’t returned to the area since 1963.

“I never went back to the school book depository. I’ve never been back to where the shooting took place. It had such an impact that I never took my kids or grandkids to see it,” said Johnson.

Looking back five decades later, Sherrie said the personal legacy of the Kennedy assassination is that it made her appreciate the fragility of life.

“It was a tragic, unfortunate situation and if anything, it made you realize one minute you can be here and happy, and then the next, you can be taken away,” she said.