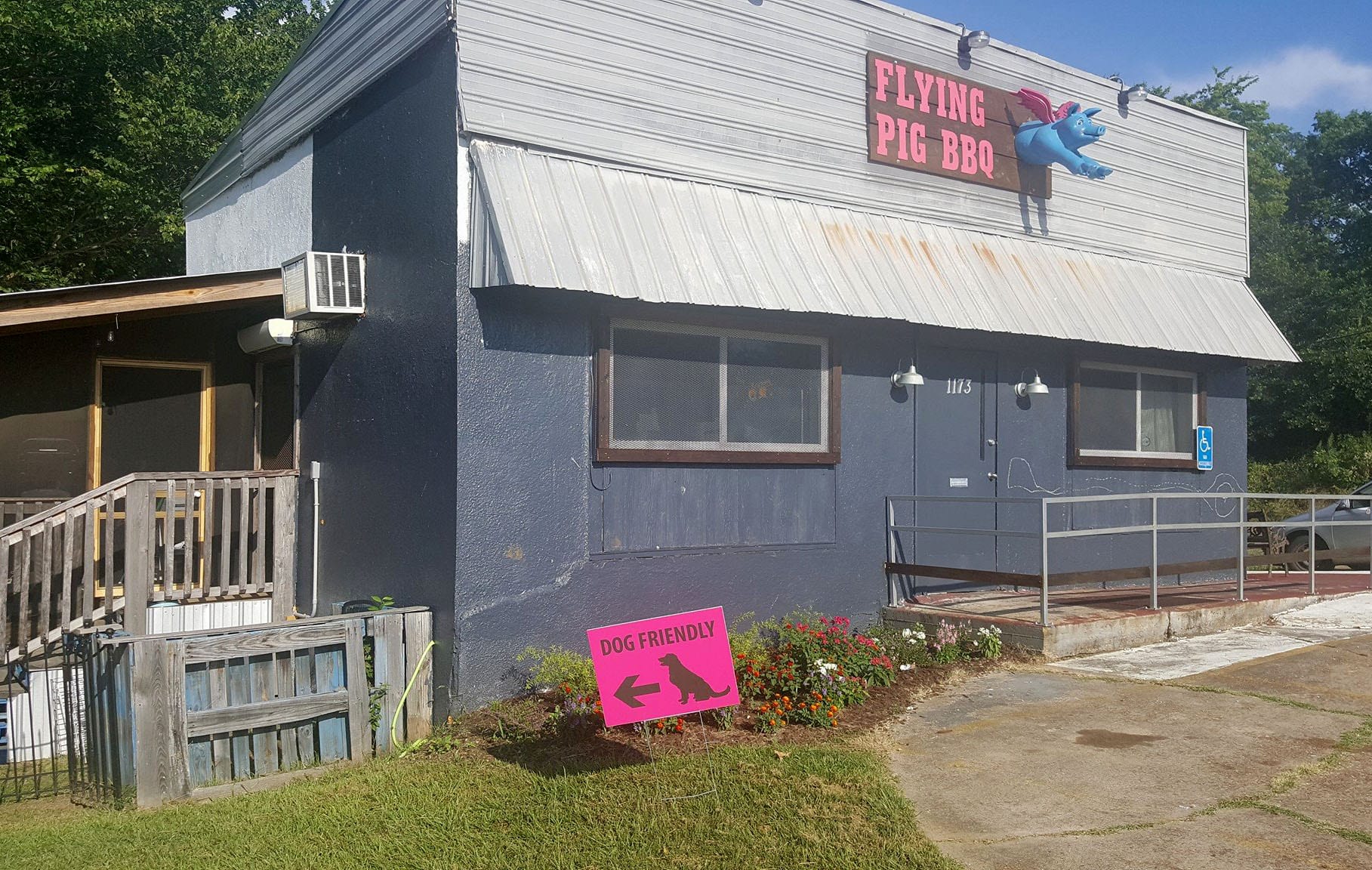 A local restaurant is doing what it can to help a Bossier City family recover from a tragic loss.

Shreveport’s Flying Pig BBQ, located at 1173 Louisiana Ave., will host a fundraiser for the children of Shandrell Simoneaux Saturday, Jan. 26 from 11 a.m. to 6 p.m.

Simoneaux and her mother, Maeisha Simoneaux, were found dead inside the Misty Hollow Apartments earlier this month. The incident was believed to have been domestically driven and perpetrated by Shandrell’s boyfriend and father of her two children.

The restaurant will offer Mardi Gras cupcakes for $4 each and raffle tickets for a gumbo making class with all of those proceeds going to the family, and 20 percent of sales from the cheeseburger combo meals will also go to the family.

Witnessing the effects of domestic abuse, Flying Pig BBQ Owner Carolyn Huggins Manning and her friend Jada Durden, felt compelled to bring some form of comfort to the Simoneaux family while raising awareness about domestic abuse.

“Jada put out a call for help with a fundraiser to help the Simoneaux family and I said, ‘Yes,’” Manning said. “There are children in this family that lost two important females. I just think it is important that we help.”

She added that the children need to know that somebody cares.

“People do need the assistance when they lose two family members, there are a lot of expenses. But it’s not just the money that you can provide them with. I also think that people need to see that the community is supporting the family of domestic abuse victims.”

On January 9, Bossier City police officers and emergency medical personnel responded to the Misty Hollow Apartment complex at 2826 Misty Lane No. 7. Shandrell and Maeish were found unresponsive with gunshot wounds.

Jackson was also charged with simple battery in connection with that incident, pleaded guilty and was sentenced to 15 days in jail, court records show.

At the time of the slayings, Jackson was being sought by Shreveport authorities after failing to appear in City Court this past summer on a misdemeanor charge of resisting an officer.

Bossier City Police charged Frederick Dewayne Jackson with 1st Degree Murder for their deaths. He remains in jail on a $7.5 million dollar bond.