Governor John Bel Edwards has proclaimed the week of May 29-June 4, 2016 as “Louisiana Sheriffs’ and Deputies’ Appreciation Week” in the State of Louisiana.

Sheriffs and deputies put their lives on the line daily to protect and serve all citizens of our state. The governor’s proclamation recognizes their selfless service to the people of Louisiana.

Bossier Sheriff Julian Whittington and Caddo Sheriff Steve Prator are featured in the video. The program may be viewed online at www.lsa.org or https://youtu.be/Y7Hzc32UoSk. 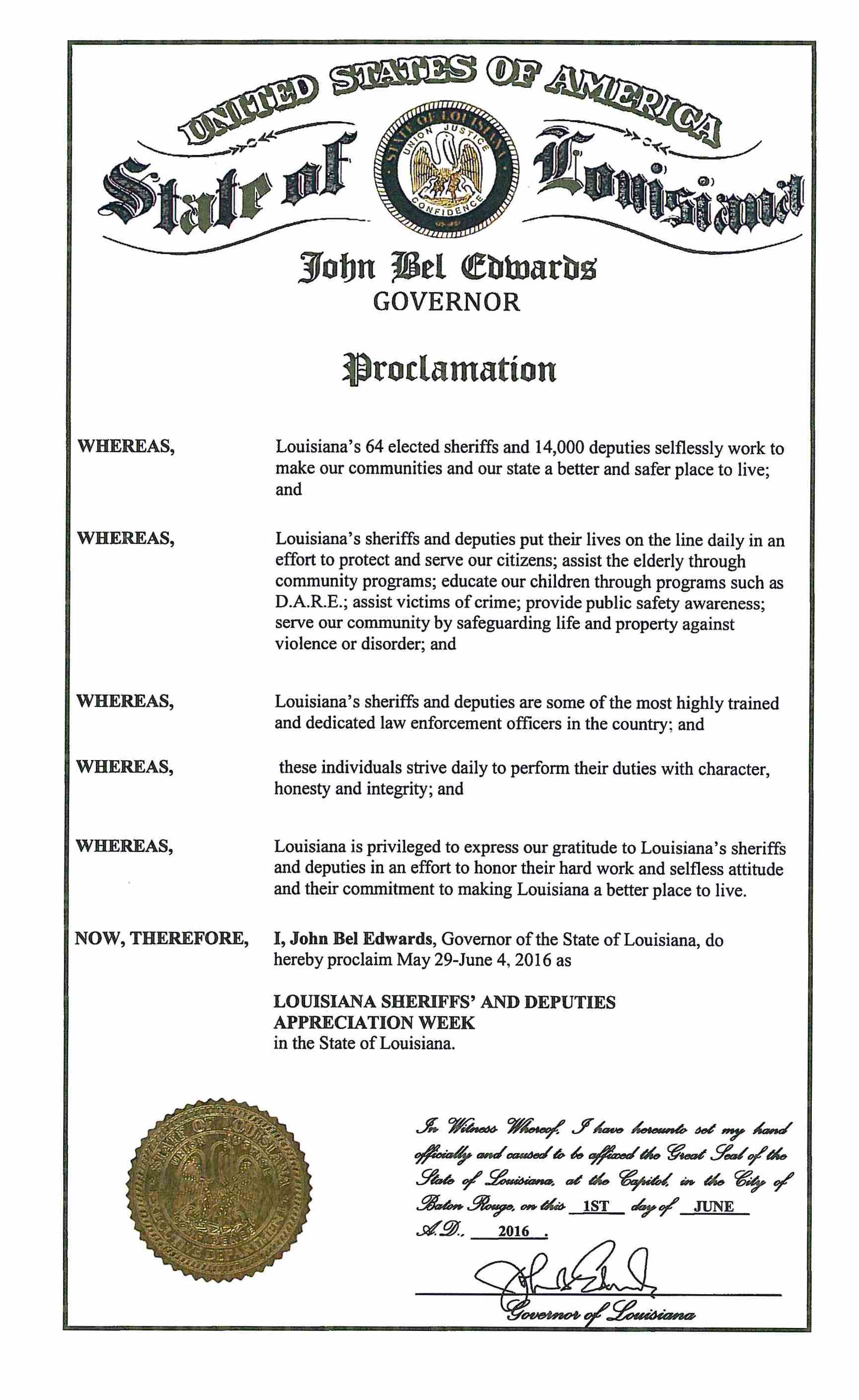