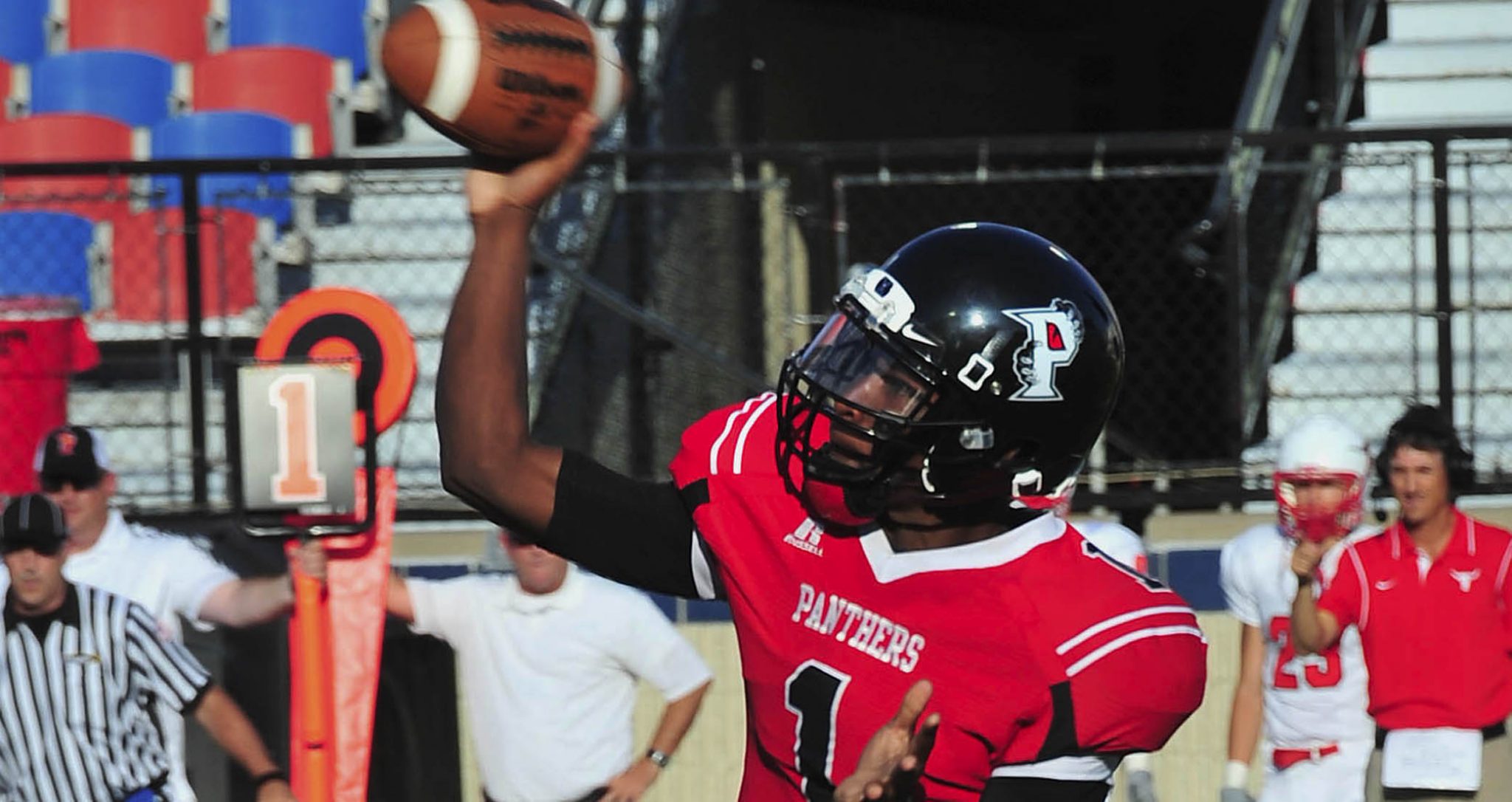 LSU freshman quarterback Brandon Harris, a former Parkway standout, will be a speaker and instructor at the Duck Commander Independence Bowl Youth Football Clinic on Saturday at Independence Stadium.
The free clinic, which will run from 8 a.m. to 11:30 a.m., is for kids between the ages of 5 and 13.
LSU freshman running back Leonard Fournette, the top recruit in the country out of New Orleans St. Augustine High School, will also be a keynote speaker and instructor.
Coaches from LSU, ULM, Grambling State, Mississippi Valley State, East Texas Baptist and Louisiana College will also serve as instructors along with Louisiana Tech kicker Matt Nelson.
According to an Wednesday press release, registration has been closed for the clinic as 400 children have signed up.
———
Haughton head football coach Rodney Guin will speak at the Central Assembly of God church (700 Hwy 80) at 6 p.m. on Father’s Day, June 15.
Guin, a father of two daughters, suffered a massive heart attack on April 26.
He spent almost a month recovering at Baylor University Medical Center in Dallas before returning home May 24 and is now able to get back on the football field.
Guin plans to “share his testimony of God’s miracle working power and thank those who lifted him up in prayer,” according to a press release.
———
The Dixie Majors and Pre-Majors seasons continue with games Thursday, Monday and Tuesday.
Through June 9, Airline’s No. 1 Majors team was undefeated.
Airline visits Loyola Thursday in Pre-Majors and Majors games.
Elsewhere, Benton hosts Captain Shreve No. 2, Haughton plays games against Airline’s No. 2 Majors team and Byrd’s 15-under team at Byrd’s LSUS field, and Parkway No. 2 plays Parkway No. 1.
Monday, Haughton hosts Airline No. 1, Benton visits Captain Shreve No. 1, Parkway No. 1 hosts Lakeside and Parkway No. 2 is at Northwood.
Tuesday games are scheduled at Airline, Benton and Parkway.